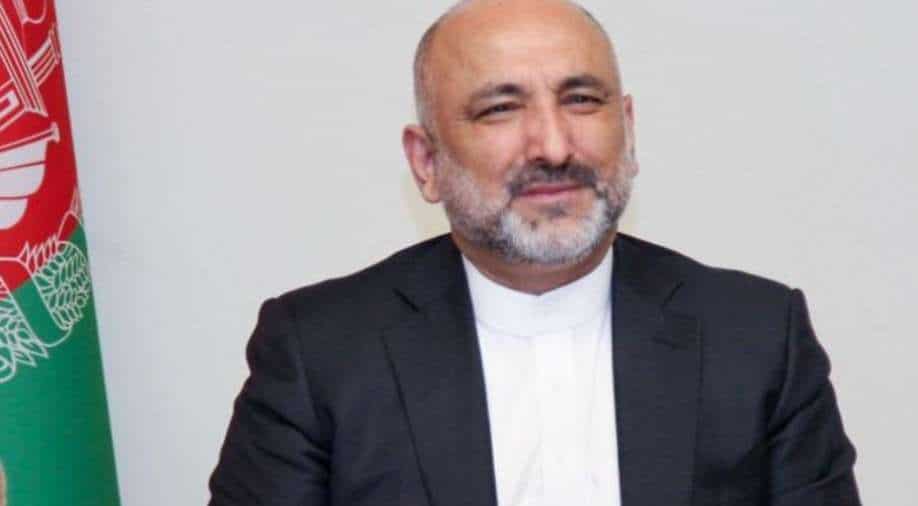 During the visit, the Afghan FM will hold talks with India's external affairs minister Dr S Jaishankar and call other dignitaries.

Even as the Afghan peace process sees a number of developments, the Afghan foreign minister Mohammed Haneef Atmar will be visiting Delhi on March 22.

During the visit, the Afghan FM will hold talks with India's external affairs minister Dr S Jaishankar and call other dignitaries.

The visit comes even as the Biden administration is reviewing the development vis a vis the Afghan peace process. Washington has proposed six countries Afghan talks, including India via the United Nations.

US Secretary of state Antony J. Blinken in a letter to the Afghan president as part of the larger Afghan peace process had said, "We intend to ask the United Nations to convene foreign minister and envoys from Russia, China, Pakistan, Iran, India, and the US to discuss a unified approach to supporting peace in Afghanistan."

It is the first high-profile visit from Kabul to Delhi this year. Earlier this year, India's National Security Advisor(NSA) Ajit Doval had visited Kabul and the Afghan leadership, including FM Atmar. Counter-terror, building regional consensus for supporting peace in Afghanistan were the key topics of discussions.

In a statement after NSA's call on to Afghan President Ghani, a statement from the Afghan government said "Afghanistan and India in joint efforts with NATO and the United States will be able to succeed in the fight against terrorism."