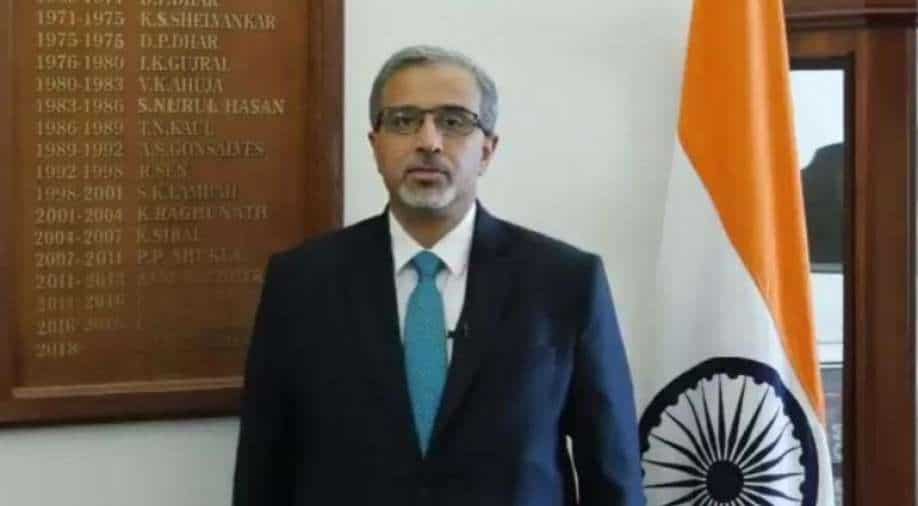 India's Foreign Secretary Harsh Shringla will be on a two-day visit to Russia starting Wednesday. During the visit, the Foreign Secretary will take part in the India-Russia Foreign Office Consultations with his Russian counterpart, Russian Deputy Foreign Minister Igor Morgulov. This will be the first foreign visit of the secretary this year.

The foreign secretary will also meet Russian Deputy Foreign Minister Sergey Ryabkov and deliver a speech on ’India-Russia relations’ at the prestigious Diplomatic Academy of the Russian Ministry of Foreign Affairs.

Ahead of the visit, India's envoy to Russia DB Venkatesh Varma said that the meeting will set forth an "active and ambitious" agenda for bilateral relations including the annual bilateral summit between India and Russia that will see Russian President Vladimir Putin visiting India. India, Russia have bilateral summit mechanism at PM-President level that alternates between the two countries.

He said, "India Russia relations are rock solid, strategic partnership diverse" and "foreign secretary's visit is intended to further deepen our cooperation in all sectors. We will also expand our cooperation including to build on PM Modi's visit to Vladivostok in September 2019."

Russia and India are engaged in a number of fields, with defence being a key pillar of partnership. India will be getting the first batch of the S400 air defence system by end of this year. Both are already moving towards the successful implementation of AK-203 Kalashnikov contract.

COVID Vaccines will be another focus area with Russia's COVID vaccine--Sputnik V expected to be given regulatory approval for use by India in the next few weeks.

Envoy Varma said, "There is a lot of excitement here in Moscow, about how India and Russia can cooperate with respect to covid pandemic including in the fields of vaccines. That will be another area of discussion".