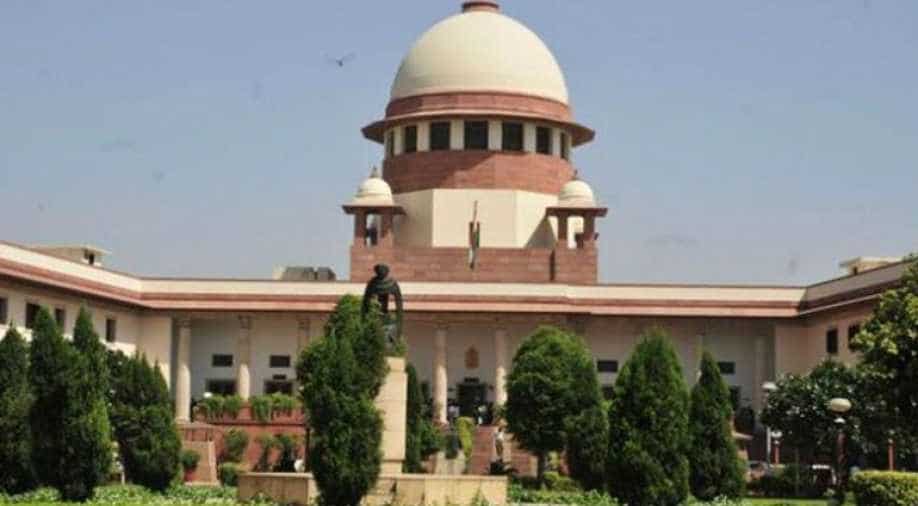 The Supreme Court earlier said that it will hear arguments only on the points of law. Photograph:( DNA )

The Supreme Court today took strong exception to the Sahara group writing a letter to the Pune police raising the issue of law and order at its Aamby Valley property, which is undergoing a court-mandated auctioning process.

Taking note of SEBI's allegation in this regard, a bench headed by Justice Dipak Misra said the group should not have entered into a communication with Pune's Superintendent of the Police (Rural) on the issue since the auction has been ordered by the top court.

The bench, also comprising Justices Ranjan Gogoi and A K Sikri, directed the Director General of Police, Maharashtra to see that the property is handed over to the official liquidator of the Bombay High Court within 48 hours.

"If any impediment is caused in the auctioning process by anyone, he shall be liable of contempt of this court and sent to jail," the bench said.

The apex court asked the official liquidator to go ahead with the auctioning process under the direct supervision of the company judge.

The bench also said the official liquidator shall take guidance from Justice A S Oka, sitting judge of the Bombay High Court, in the matter.

At the outset, senior advocate Arvind Datar, appearing for the SEBI, referred to the communication addressed to the SP of police and claimed that due to this, the police has taken over the custody of the property.

Senior advocate Mukul Rohatgi, representing the Sahara group, countered the submission and said the custody of the property has not been handed over to the police and "completely wrong statements are being made to prejudice the court."

The bench, however, clarified that they were not initiating any contempt action at this stage.

The top court was hearing SEBI's plea seeking contempt action against the Sahara group for allegedly obstructing the auctioning process of Aamby Valley.