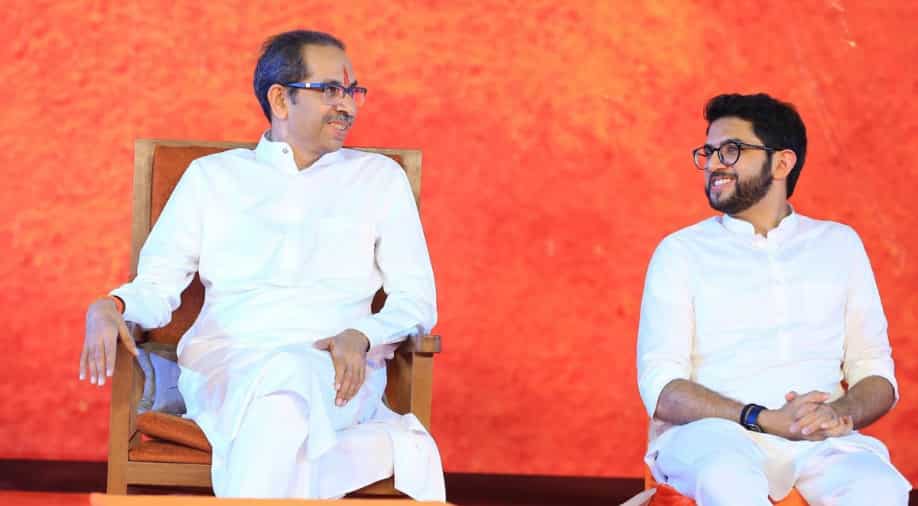 During Shinde’s rebellion, Aaditya revealed that Uddhav Thackeray offered Eknath Shine the chief minster’s post but at that time he broke down in tears. (Image courtesy: adityathackeray/Instagram) Photograph:( Instagram )

After the fall of the Maha Vikas Aghadi government, former Maharashtra minister Aaditya Thackeray posted a picture on Instagram where he has been quite active. He posted a picture of the former chief minster Uddhav Thackeray, also his father with the caption “Always important to follow the right footsteps." Aaditya praised his supporters and claimed that the actual power came from their support and constant blessing.

Aaditya posted on Father’s Day, a picture of him as a child on Uddhav’s lap in his post before the political turmoil. The caption read, “Happy Father's Day to my constant inspiration and strength!”

During Shinde’s rebellion, Aaditya revealed that Uddhav Thackeray offered Eknath Shine the chief minster’s post but at that time he broke down in tears. However, a month later, he instigated this dissidence in cooperation with the Bhartiya Janta Party (BJP).

The mutiny against Uddhav Thackeray led to the collapse of Maha Vikas Aghadi’s administration, a coalition of Sena, NCP and the Congress.

After Uddhav Thackeray, BJP leader Eknath Shinde became the chief minster and the former CM of the state Devendra Fadnavis took oath as vice chief minister. On July 4, the current chief minister Shinde will have to prove his majority in the state’s assembly.

Although, the new speaker for the state’s assembly has been chosen. Rahul Narwekar has appointed as the speaker with 164 votes in favour.