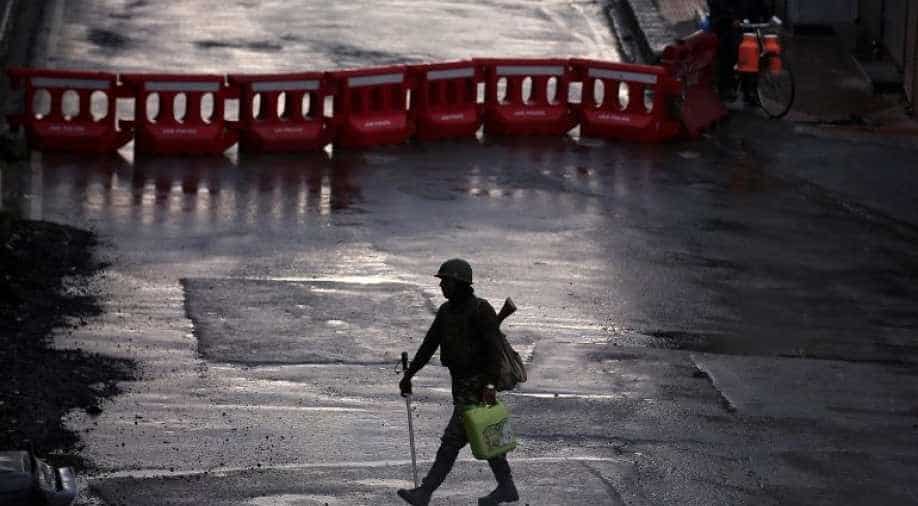 Pakistani Prime Minister Imran Khan on Sunday tweeted about "impending genocide" in Kashmir due to "RSS ideology inspired by Nazi ideology". He said India is trying to change the "demography of Kashmir through ethnic cleansing"

Pakistani Prime Minister Imran Khan on Sunday tweeted about "impending genocide" in Kashmir due to "RSS ideology inspired by Nazi ideology". He said India is trying to change the "demography of Kashmir through ethnic cleansing"

While Imran Khan may be talking about genocide but 1971 saw Pakistani military in cahoots with Islamist group Jamaat-e-Islami executing 3,000,000 Bangladeshis to suppress the South Asian country's freedom. This is now being remembered as the Bangladesh Genocide, worst in the history of the Indian subcontinent.

Khan also spoke about Muslims being suppressed in India, something he has talked in the past too. ''I am afraid this RSS ideology of Hindu Supremacy, like the Nazi Aryan Supremacy, will not stop in IOK; instead it will lead to suppression of Muslims in India & eventually lead to targeting of Pakistan," he said in a tweet.

This even as reports have emerged from Pakistan how Hindu and Sikh minorities are facing persecution in the country. In March, two Hindu girls were forcibly abducted which became a national story in that country.

Sindh in southern Pakistan has a higher percentage of Hindus than the rest of Pakistan. Three districts of Mirpurkhas (33% Hindus), Tharparkar (36% Hindus) and Umerkot (49% Hindus) contribute to significant Hindu community in Sindh and these are the districts were most forced conversion and marriages of underage Hindu girls in Pakistan have been reported.

It is interesting to note just a few months ago when asked about China's treatment of Uighur Muslims in North-Western Xinjiang, a usually very vocal Imran Khan said, "I don't know much about that".

Meanwhile, BJP General Secretary Ram Madhav slammed the comments of Imran Khan on Twitter saying, "Heights of frustration from the ringleader of global terror empire Pakistan. Threat to the democratic world is from Pak-sponsored Jihadi terror, not from India."

Following New Delhi's move on special status to Jammu and Kashmir, Pakistan has cut trade and diplomatic ties with India and in a big blow to people to people contact between the two countries, shut down Samjhauta and Thar train services besides suspending Delhi Lahore bus service.