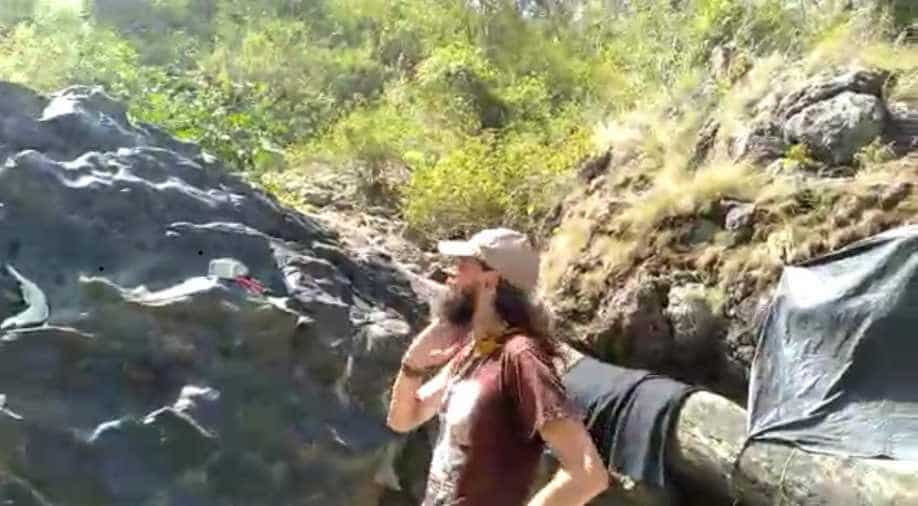 The rescued tourists lived in the cave for 25 days before local people spotted them and informed the police. Photograph:( WION )

The six have tested negative for COVID-19 and have been moved to a private quarantine centre, officials said.

Six foreign tourists, who had made a cave their abode in Uttarakhand since March 24, were rescued.

The tourists, including women, hail from Ukraine, Turkey, Unites States, France and Nepal.

According to the Lakshman Jhoola, police officer, these tourists had exhausted their money and had nothing to pay for their hotel stay and hence resorted to living in the forest/cave.

The rescued tourists lived in the cave for 25 days before local people spotted them and informed the police.

The foreign nationals used to get their ration for food from the nearby market.

Medical tests have confirmed that none of them is infected with COVID nor exhibited any symptoms.

However, for safety reasons and precaution all of them have been quarantined the concerned embassies have been intimated too.

Air, rail and road transport have been suspended since 24 March after PM Modi announced a nationwide shutdown.