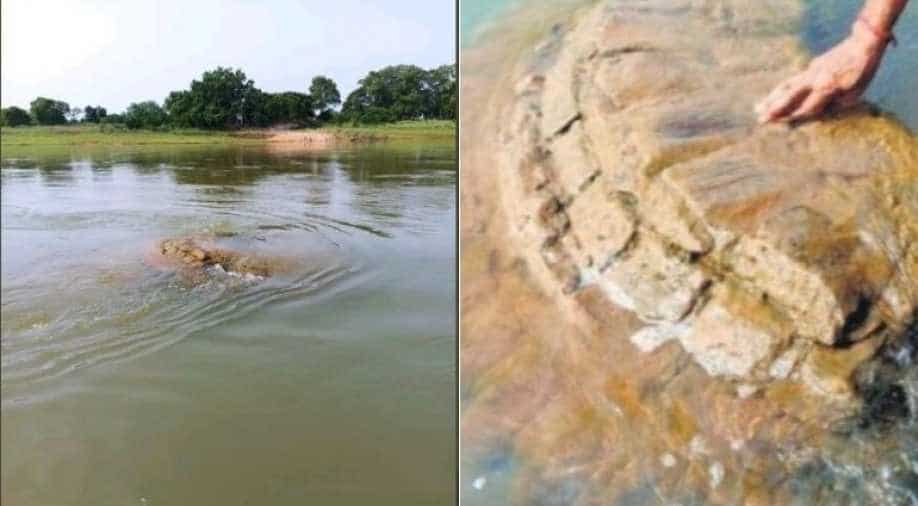 The last time the ‘mastaka’ was seen was about eleven years ago. Photograph:( Twitter )

An old temple, submerged in river Mahanadi, has reappeared after 11 years in Nayagarh district.

The archaeological survey team of the Indian National Trust for Art and Cultural Heritage (Intach) has claimed that they have discovered an ancient submerged temple in the Mahanadi upstream from Cuttack.

The native peoples of that area said that there are more than 22 temples submerged in that area.

In the mid-19th Century, the deities of the vulnerable temple were removed and installed in a safer and higher place, which is presently the Gopinath Dev temple of Padmavati village.

The area where the temple has been discovered used to be considered as ‘Satapatana’. Padmavati village was part of Satapatana which is an amalgam of seven villages. The temple was dedicated to Lord Gopinath Dev.

The last time the ‘mastaka’ was seen was about eleven years ago.