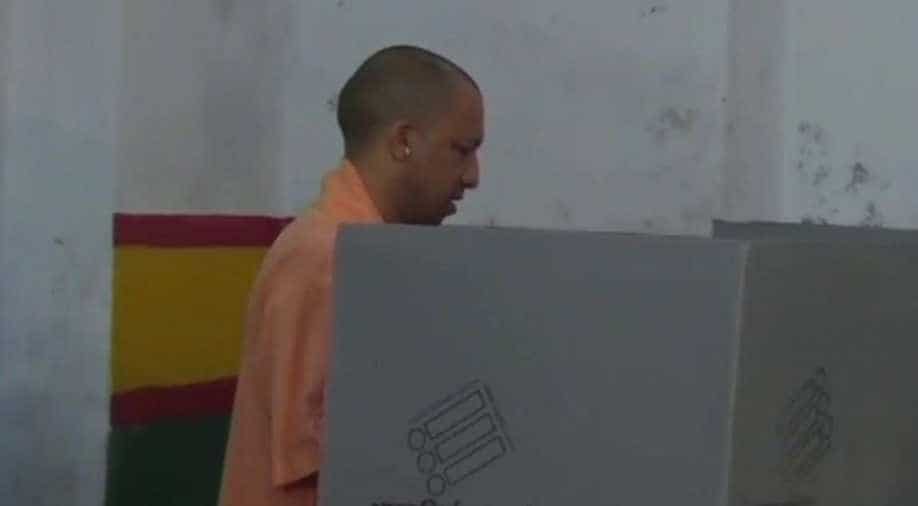 Gorakhpur Lok Sabha constituency witnessed a polling percentage of around 40 per cent while Phulpur saw a turnout of around 29 per cent till 4 pm today, Election Commission sources said.

The voting for the bye-elections to the two Lok Sabha seats began on a dull note but picked up momentum in the day amid tight security, they said.

Adityanath, who vacated the Gorakhpur seat after his elevation as the Chief Minister, had held it since 1998.

After casting his vote in Gorakhpur, Adityanath claimed the BJP was getting widespread support from the people.

"The people know that development was the only panacea," he told reporters.

Attacking the BSP and the SP, the chief minister claimed, "These parties are indulging in negative politics, politics of bargaining and politics of opportunism. The state has suffered the negative consequences because of this".