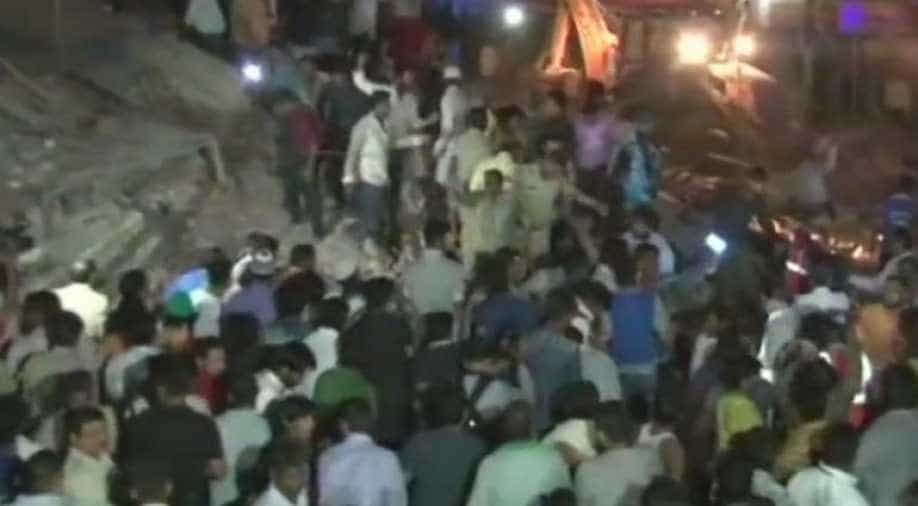 According to the local police, at least three are critically injured with nearly 20 feared trapped under the debris

At least 10 were killed in a building collapse in Madhya Pradesh's Indore last night. According to reports, a four storeyed-building in Sarwate area collapsed around 9:20 pm last night.

Indore's Deputy Inspector General of Police (DIG) Harinarayan Mishra noted that a car rammed into the building after which the building collapsed.

He stated that the building was too old to bear the intensity of the collision. The building hosted a hotel and lodging facility.

According to the local police, at least three are critically injured with nearly 20 feared trapped under the debris.

Meanwhile, Madhya Pradesh Chief Minister Shivraj Singh Chouhan has announced ex-gratia of Rs two lakh each for the next kin of those killed in the Indore building collapse.

He also granted a compensation of Rs 50,000 for those injured in this incident.

A team of police and fire brigade personnel have been carrying out rescue operations. Locals here describe the building to be at least 50 years old that housed a hotel and accommodated its staff.

Most of the deceased and injured are suspected to be the staff and guests of the hotel.