3 CRPF men among 4 martyred in Handwara shootout, additional forces rushed to the area 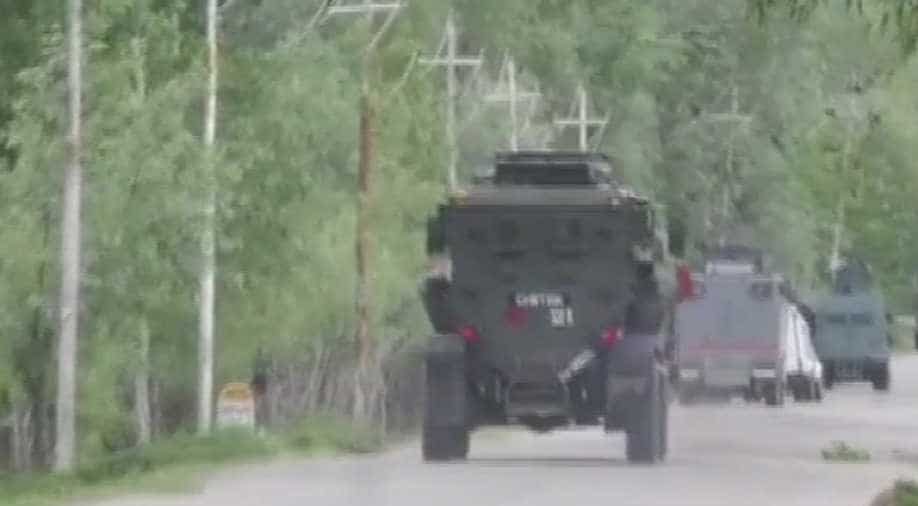 The paramilitary troopers retaliated and the exchange of fire continued for around 10 minutes, an official said.

Terrorists attacked 92 bn CRPF (a coy) party at Wangam at around 5:32 pm. In the attack, two CRPF men were martyred on the spot while two others suffered injuries. Both the injured were shifted to hospital where one succumbed on the way, they said.

The paramilitary troopers retaliated and the exchange of fire continued for around 10 minutes, an official said.

After the firing stopped one more body was spotted near the shootout site. It is yet to be ascertained whether the body is that of a civilian or someone else, they said.

PRO CRPF Pankaj Singh told terrorists attacked the CRPF party at Wangam. “In the attack, three CRPF men were martyred, two of them on the spot and another on way to the hospital,” he said, adding one more CRPF personnel has been hospitalized.

Regarding the body found near the spot, PRO said that there is a question mark about him as no weapon was found from him.

Soon after the attack, additional reinforcement of army, SOG and CRPF rushed to the spot and launched a massive search operation to trace out the fleeing terrorists.

It’s the second attack on security forces in Handwara earlier in Chanjmullha village where two terrorists were killed and four Army personnel including a CO and a police SI were martyred.