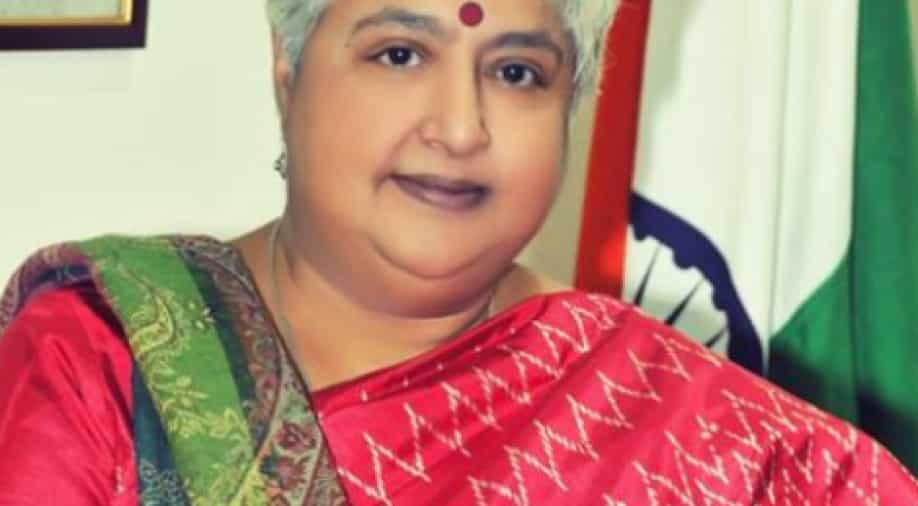 Around 50 Indians are expected to come back in a LATAM flight that will leave the country on Tuesday.

In Chile, which has seen a surge in a number of cases, the Indian mission has started a shelter in the old building of the mission to house stranded Indians. Speaking exclusively to WION's Principal Diplomatic Correspondent Sidhant Sibal from Santiago, India's Ambassador to Chile Anita Nayar said, about 270 Indians have registered for repatriation.

Around 50 Indians are expected to come back in a LATAM flight that will leave the country on Tuesday.

WION: How has been the ground situation in Chile, how are Indian diplomats faring?

Anita Nayar: The ground situation in Chile is pretty bad. They have already reached more than 40,000 cases and every day they had between 1200 to 1800, sometimes even 2000 cases. Given that it is a population of 18 million, its not a good ratio. The government has reinstated the lockdown in the metropolitan region of Santiago which represents almost 70% of Chile's population and also in a couple of other areas where the infection seems to be growing at very high rates.

The Indian diplomats have been so far faring well, none of us is infected, thank God and even though we have constraints on travel and the embassy most of the staff are working from home, but essential is available and are managing.

WION: How are Chile and India cooperating during the COVID crisis.

Anita Nayar: Chile has not requested us to provide medicines. They did ask us for N95 masks and ventilators and PPEs but that, of course, we were in no position to provide. But we are, working on a project on cooperation between local immunology institute and ICMR in India to work on a vaccine, perhaps that project will take off quite soon we are hoping. Beyond that Chile has facilitated request for a repatriation flight which has actually been organised by the Argentinian govt--LATAM flight. The flight will take off from Santigo and we have permission to put Indians nationals on the flight so some of the people will be returning on that.

WION: How many Indians stranded in the country, how many plan to come back?

Anita Nayar: We don't have many people stranded here in Chile. There are about 70 odd people who have given reasons which fit the MHA criteria for urgent and compelling reasons to return to India. Of them, about 50 will be on LATAM flight. The other has chosen not to leave in this flight for whatever reasons. And we hope there will be another evacuation flight because the total of people who have registered for evacuation as 270.

WION: Reports suggest some Indians, who were illegally staying in the region have been requesting for repatriation?

Anita Nayar: Not aware of any Indian illegally present here who has asked for repatriation. There are people whose visas have expired and they have not been able to renew it because of the lockdown situation. The Chilean foreign ministry has processed all those who have requested to be repatriated on the LATAM flight and we will get the final confirmation on Monday, the flight is on Tuesday--19th. We will get final confirmation on Monday from the foreign office. They have informally assured us there is no problem for any of the people on the list too leave Chile.

WION: How is the Indian mission reaching to any stranded Indians in the country..?

Anita Nayar: We are making sure that all information we receive, the advisory is put out on various platforms, all our social media platforms direct emails. We have also started a shelter, we are lucky enough to have the old embassy premises which are waiting to be restored to house the stranded Indians in and the community here has been extraordinarily helpful. They have provided us with food, blankets, beds and furniture and almost everything that was needed for the shelter. We currently have 10 people staying there. We have the capacity of another 20 people.

The old residence is quite a big building and that I think is one major initiative the embassy has taken to help Indians stranded here and we hope eventually everybody will be repatriated or the crisis is declared over and the lockdown are lifted so that people can again move freely.