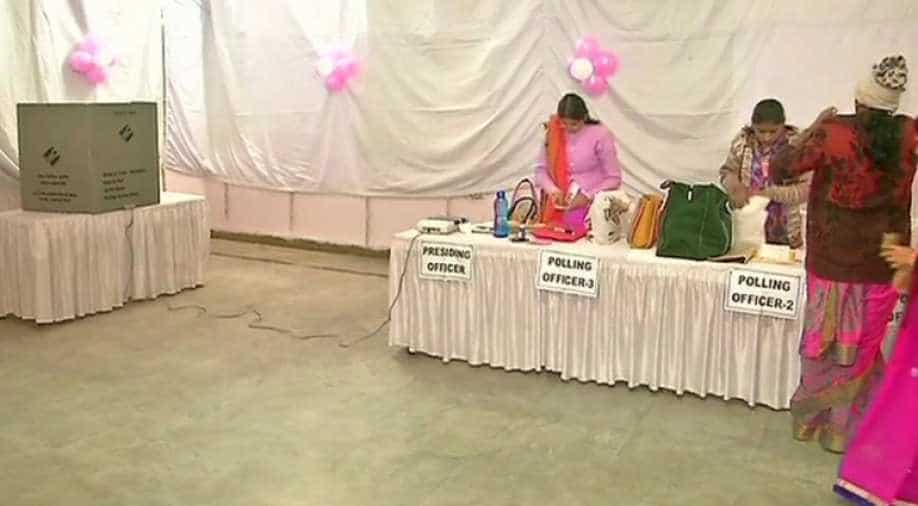 Votes will be cast at 51,687 polling booths, 259 of them managed exclusively by women officials and security personnel, Chief electoral officer Anand Kumar said.

Over 250 polling booths will be fully operated by women while three by differently abled persons in Rajasthan where polling will take place on Friday.

Votes will be cast at 51,687 polling booths, 259 of them managed exclusively by women officials and security personnel, Chief electoral officer Anand Kumar said.

He said that differently abled had requested for engaging them in election duty, therefore, three polling booths, two in Udaipur and one in Nagaur, have been selected for being operated fully by them.

"This will give a message that they are no less than anyone," he said while briefing about election related arrangements here on Thursday.

There are 4.36 lakh differently-abled voters in the state, out of total 4.74 electors, and arrangements for their convenience have been made at the polling booths in the state, he said.

"Facilities like ramp, wheel chairs will be available while over 1.03 lakh volunteers of NCC, NSS, scouts and guides have been engaged. Arrangements for pick and drop have also been made for differently abled voters, he said.