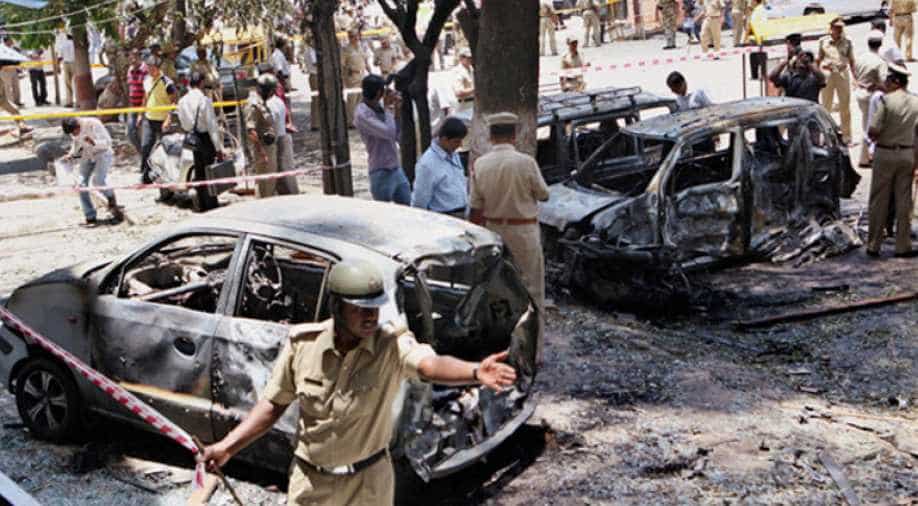 He was produced in the special court set up for conducting the trial of the blasts case, which remanded him in police custody till March 23.

"Qureshi is one of the key conspirators of the 2008 blasts. He had been in touch with the absconding accused, such as founder leader of the banned outfit Indian Mujahideen Riyaz Bhatkal, and had worked with some of the arrested accused," Joint Commissioner of Police (Crime) J K Bhatt said here.

So far, police have arrested 81 persons in the blasts case, while thirteen are absconding.

"Qureshi stayed in Vatva locality in Ahmedabad where he trained and mentored other accused...And was in touch with IM mastermind Bhatkal. We have learnt he also attended a terrorist camp in Halol and another camp in Kerala," Bhatt said.

"We will take him to Vatva, Vadodara, Halol and another place where he had stayed before the blasts. We would like to find out how he was associated with the SIMI and IM, and who helped him," the senior police official said.

Qureshi, who holds a diploma in electronic engineering, is technology savvy, and played important role in making the explosive devices used in the blasts by getting information from the internet, Bhatt said.

He could be involved in other blasts in the country too, the official added.

"We have learnt that after the blasts in Ahmedabad, he fled to Nepal where he lived for six years and taught English. He also went to Saudi Arabia. We will try to find out what he did in Saudi Arabia and who helped him in Nepal," Bhatt said.

"We are coordinating with the Delhi Police's Special Cell. They are forming an interrogation squad so that we know more about his Nepal stay," he said.

Qureshi was arrested from Ghazipur in east Delhi in January this year.

He was wanted by the National Investigation Agency in the December 2007 Wagamon SIMI arms training camp case, and by Maharashtra Police in July 2011 Mumbai blasts case.