3 dead, many injured after under-construction building collapses in Karnataka's Dharwad 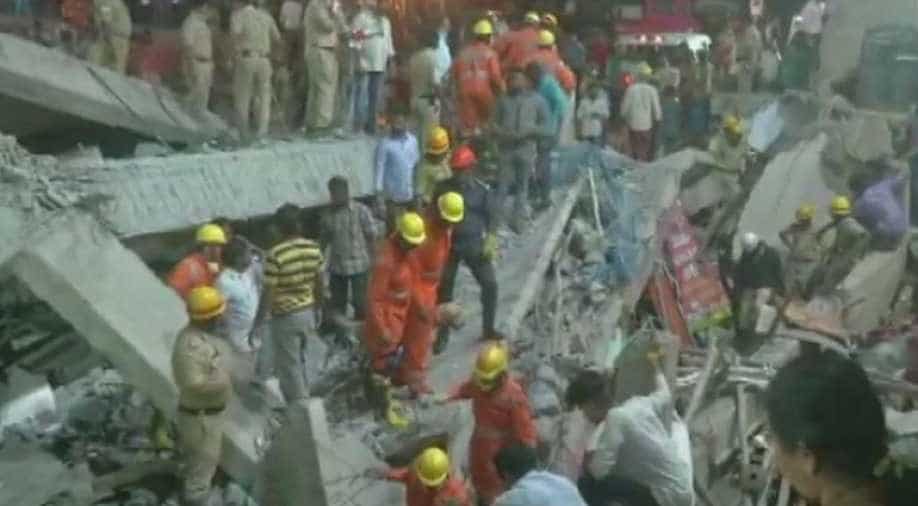 The site of the building collapse at Dharwad in north Karnataka. Photograph:( ANI )

News reports said 37 people have been pulled out from the rubble. The reports had earlier said 40 people had been feared trapped in the rubble.

At least three people were killed and several injured after an under-construction building collapsed in Karnataka's Dharwad's. The collapse took place in Kumareshwar Nagar on Tuesday evening.

The toll had earlier been reported at two, but authorities recovered a third body Wednesday morning.

News agency ANI said 37 people have been pulled out from the rubble. Other reports had earlier said 40 people had been feared trapped in the rubble.

Karnataka Revenue Minister RV Deshpande said an inquiry will be ordered to investigate the matter further assuring that the injured ones will be treated free of cost.

Meanwhile, Chief Minister HD Kumaraswamy had earlier said rescue efforts would be conducted on a war footing and had urged locals not to panic.