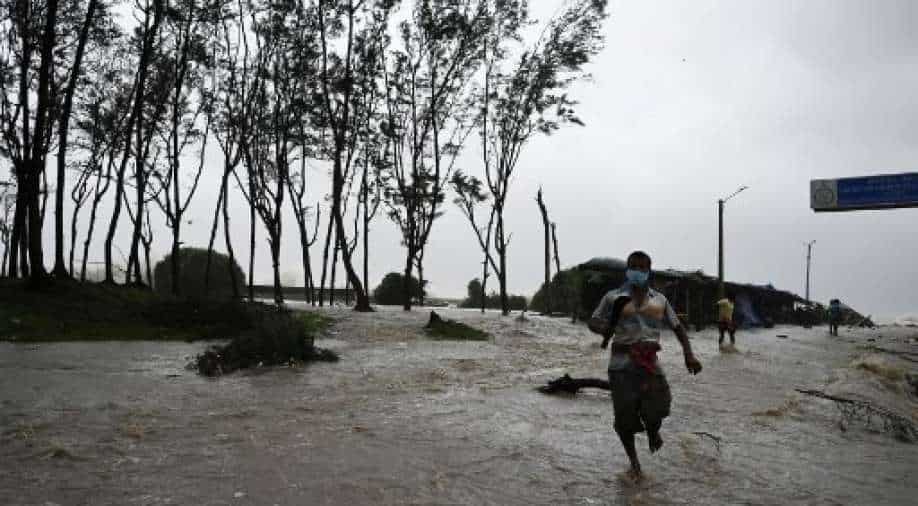 'Yaas' is the second cyclonic storm to hit the country within a week after 'Tauktae' tore into its western coast, causing death and destruction

Two people died in Jharkhand's capital Ranchi as their house collapsed amid incessant rainfall under the impact of cyclone 'Yaas', which had rampaged through the state after causing extensive damage in West Bengal and Odisha, a top official said on Thursday.

A major bridge on river Kanchi that connects Bundu with Tamar near Ranchi also collapsed following torrential rain, he said. At least 5,000 more people were evacuated from low- lying areas near rivers flowing above the danger mark in East Sighbhum, in addition to the 15,000 who were shifted to safer shelters, he said.

Close to eight lakh people have been affected by the cyclone and copius rain triggered by it, officials said. "Two persons have lost their lives in house collapse due to excessive rain in Ranchi, while a major bridge in Tamar has collapsed," Disaster Management Secretary Amitabh Kaushal told PTI.

Earlier, one person was killed due to lightning in Bokaro. Kaushal said rescue operations are still underway in several areas of Subarnrekha and Kharkhai in East Singhbhum. Cyclone 'Yaas', packing winds of up to 130-145 kmph, whiplashed the country's eastern coasts on Wednesday, before losing its force to an extent as it hollered on its destructive path to Jharkhand.

"At least eight lakh people have been affected by the calamity in Simdega, East and West Singhbhum and Saraikela- Kharsawan districts. Eight teams of NDRF are involved in the rescue and relief efforts," he said.

"Many of the low-lying regions are completely submerged, and we are also forcefully evacuating people from areas with heavy water-logging. We have imposed complete lockdown with some relaxations for emergency cases and essential services," Kumar said, adding, a flood cell has been created to oversee the situation. R K Jenamani, a senior scientist of IMD, said the cyclone, which has now weakened into a depression, is hovering over south Jharkhand, 75 km west of Jamshedpur.

"We have issued alerts for extremely heavy rainfall in certain places. In the last 24 hours, Chaibasa witnessed 207.8 mm rain, Mandar near Ranchi 182.2 mm, and the capital city 151 mm," he said. As many as 500 teams constituted by the state government are carrying out relief operations across Jharkhand, the officials said.

Director-General of Police Neeraj Sinha said satellite phones have been provided to officers working in remote Naxal-hit areas so that communication is not hampered. Chief Minister Hemant Soren has asked officials to be on their toes to deal with any eventuality. "District administrations and NDRF teams are on high vigil. People should stay indoors," he said.

Health department officials said the COVID-19 vaccination drive has been suspended till Thursday in parts of the state in the wake of the downpour.

Forest, drinking water and sanitation, and electricity departments have also been asked to ensure that its services are not disrupted. 'Yaas' is the second cyclonic storm to hit the country within a week after 'Tauktae' tore into its western coast, causing death and destruction.