19 killed in Gujarat after truck overturns 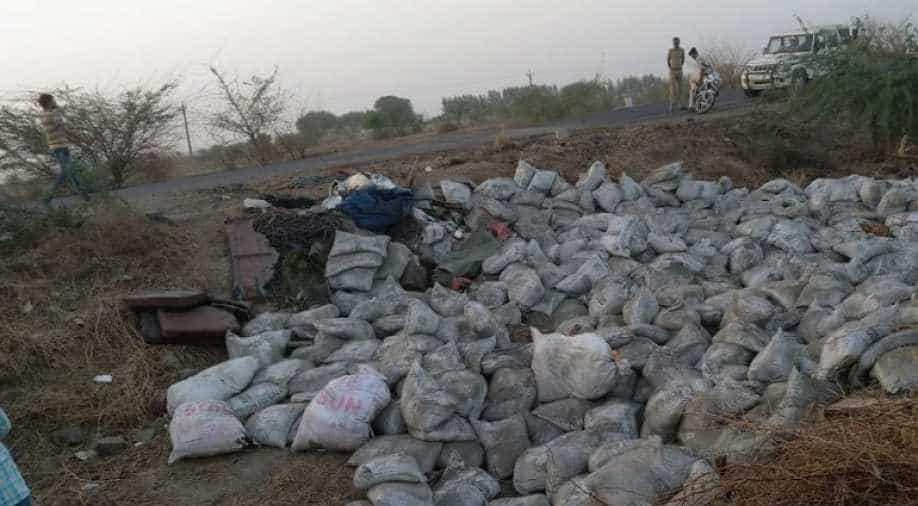 The truck was laden with cement. Photograph:( ANI )

At least 19 people were killed today in Gujarat after a truck turned turtle on Bhavnagar-Ahmedabad highway.

Seven others were injured in the incident that happened near Bavalyali village in Bhavnagar on Saturday morning.

The truck that overturned killing over dozens of people was laden with cement.

A similar incident occurred in Himachal Pradesh where a bus carrying 30 people turned turtle on NH 21 in Ghaghas village of Bilaspur district on Saturday.

At least 15 people sustained injuries in the incident.

The bus was carrying 30 tourists from Gujarat.

Himachal Pradesh: 15 people injured after the bus they were in, turned turtle on NH 21 in Ghaghas village of Bilaspur district. The bus was carrying 30 tourists from Gujarat. pic.twitter.com/eTAhqWuC0b