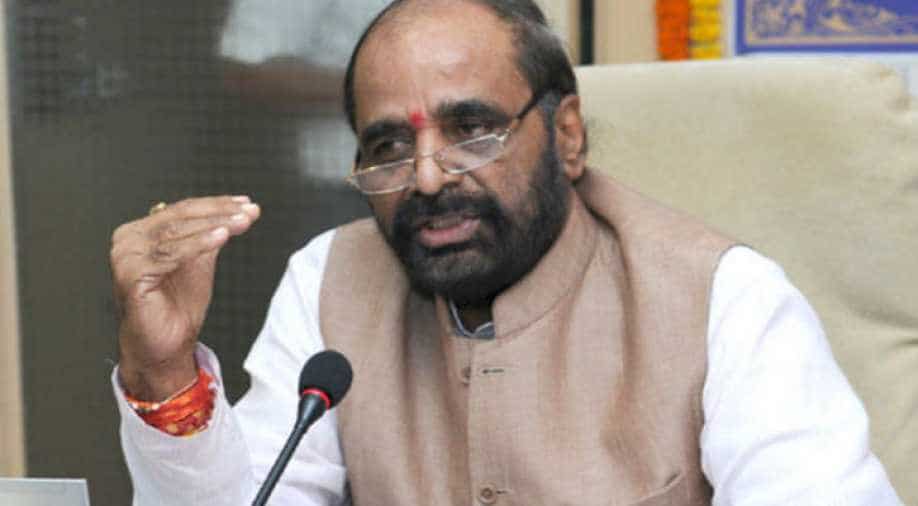 The government had declared Khalistan Liberation Force (KLF) as a banned organisation under the Unlawful Activities (Prevention) Act last week.

As many as 18 Khalistani terror modules were busted in Punjab and 95 people arrested in the last two years, the Rajya Sabha was informed Wednesday.

Union Minister of State for Home Hansraj Ahir said as per available information, the involvement of the Khalistan Liberation Force (KLF) and the International Sikh Youth Federation (ISYF) has come to the notice in a recent incident of a grenade attack on a religious congregation in Amritsar.

On November 18, three people were killed and over 20 injured when two motorcycle-borne men threw a grenade on a religious congregation on the outskirts of Amritsar.

"A total of 18 Khalistani terror modules have been neutralised in Punjab during the last two years, wherein a total of 95 accused persons have been arrested," he said replying to a written question.

The Punjab Police has arrested two persons involved in the grenade attack in Amritsar and has also identified three other persons, residing in other countries as accused, in respect to whom open dated warrants of arrest have been procured, the minister said.

The government had declared KLF as a banned organisation under the Unlawful Activities (Prevention) Act last week.