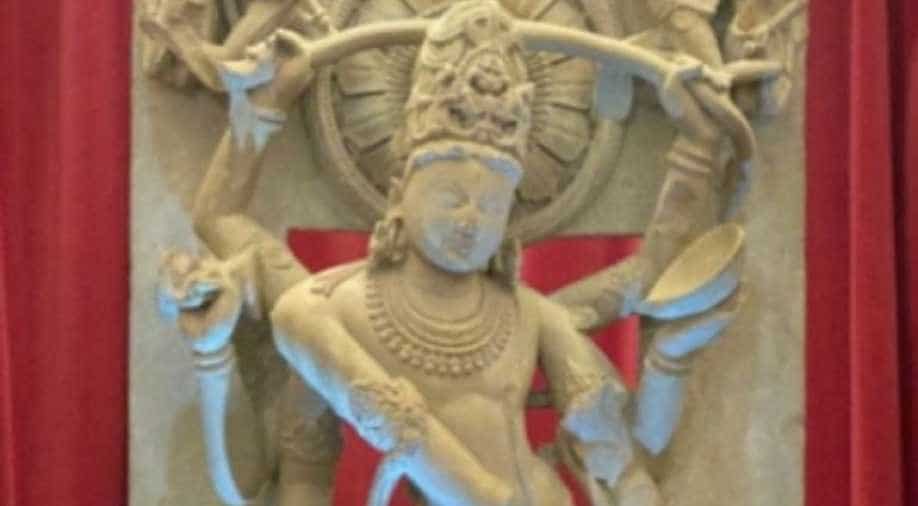 A 10th century Shiva stolen statue has been sent to India from the United Kingdom. The statue which was stolen from a Ghateshwar temple, Baroli in Rajasthan will be handed over to Archaeological Survey of India.

Indian high commissioner to UK Gaitri Issar Kumar said, "High Commission of India in London in collaboration with her majesty's government has been able to restore the priceless piece of art, national heritage back to our people".

The stone statue was stolen more than 20 years ago. It was returned to the Indian High Commission in London in 2005 after it emerged that it was smuggled out of India. The statue is four feet tall and depicts Lord Shiva in Chatura Nataraja pose.

The Indian High Commission in a statement said, "We are confident that in coming days, in partnership with the ASI, GOI state and Central authorities as well as UK law enforcement agencies and the independent experts, we will be successful in returning more items of our cultural heritage to India."

The Indian mission in London has been able to bring back stolen Indian art from the UK.

In 2018, the 12th-century bronze statue of Bhagawan Buddha was restituted to the high commissioner by the London Metropolitan Police. 2017 saw the Bramha - Brahmani sculpture stolen from the World heritage site Rani-Ki Vav being returned to ASI from the UK.