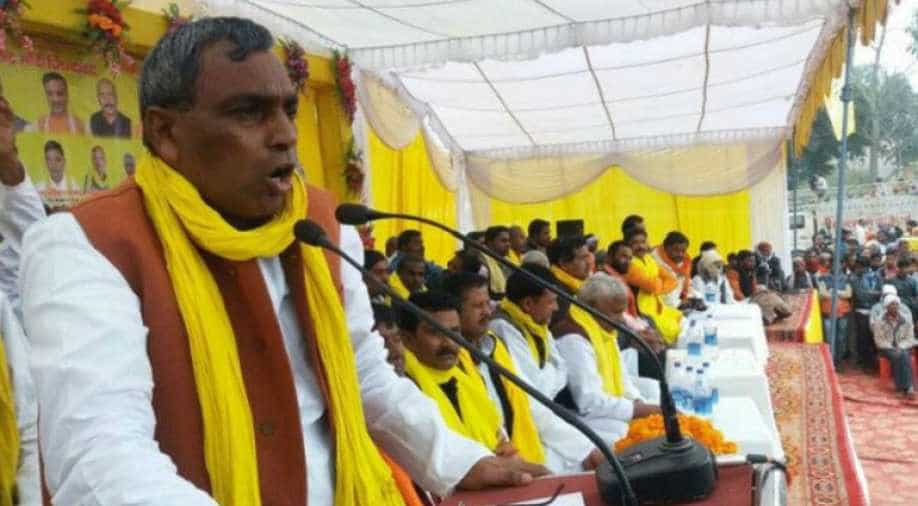 This comes after Adityanath earlier today wrote to state governor Ram Naik requesting him to immediately dismiss Rajbhar from the state cabinet.

Five other leaders of the Suheldev Bhartiya Samaj Party (SBSP), who were holding ministerial ranks in commissions, have also been removed with immediate effect.

Om Prakash Rajbhar was holding the post of Minister for Backward Class Welfare and 'Divyangjan' Empowerment in Uttar Pradesh government.

This comes after Adityanath earlier today wrote to state governor Ram Naik requesting him to immediately dismiss Rajbhar from the state cabinet.

Rajbhar had earlier resigned from the Cabinet but his resignation was not accepted.

On May 1, Rajbhar had stated that he has resigned as a cabinet minister from the state government over the seat-sharing agreement with the BJP.

"I had resigned on the night of April 13 from the post of state minister when they (BJP) said that you have to contest on our symbol. I told them I will contest from only one seat but from my own party. However, they did not agree to that either. Following which, I immediately resigned but they did not accept my resignation," Rajbhar had said back then.

SBSP is an ally of the BJP since 2017. Earlier on April 16, Rajbhar had announced that his party will go 'solo' in the ensuing Lok Sabha polls. He had alleged that the BJP wanted to "eliminate" the SBSP as it did not give them a single ticket.