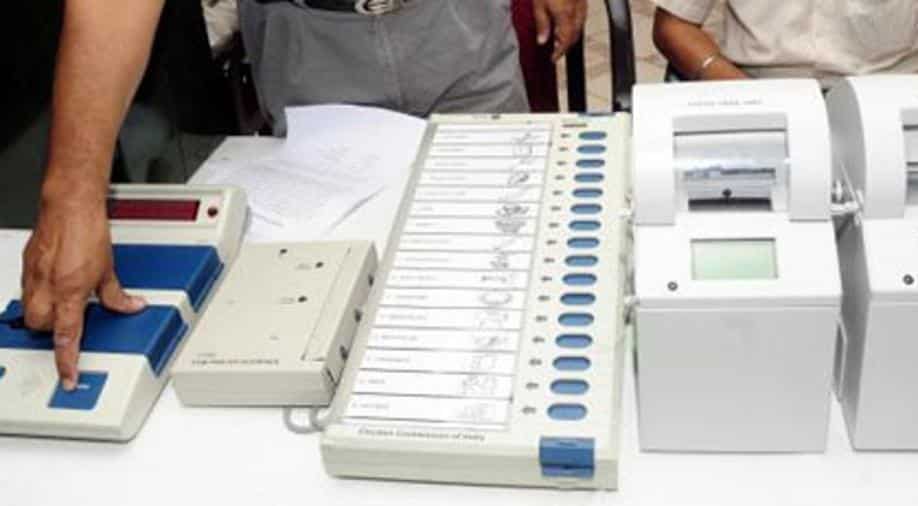 He said that it was recommended to the ECI on April 20 that re-polling be conducted in ten booths spread across Dharmapuri, Cuddalore and Tiruvallur owing to data clearing errors in the EVMs, VVPAT machines and dysfunctional EVMs.

Nearly 20 days after elections were held in Tamil Nadu (polling day was April 18), the Chief Electoral Officer(CEO) Satyabrata Sahoo announced on Wednesday that re-polling would be held in 13 booths that are spread across districts.

Speaking to reporters in Chennai, the officer explained the reasons behind the Election Commission's decision of conducting re-polls in the state.

He said that it was recommended to the ECI on April 20 that re-polling be conducted in ten booths spread across Dharmapuri, Cuddalore and Tiruvallur owing to data clearing errors in the EVMs, VVPAT machines and dysfunctional EVMs.

Besides the initially recommended 10 booths, re-polling has also been announced for two booths falling under Theni and one seat under Erode constituency.

Subsequently, information regarding errors in 46 booths was also sent across to the ECI, outlining the specific issues faced in each booth. The Officer said that of the 65,000 booths in the state there were errors in around 46 booths, as this time there was additional equipment in the form of the VVPAT machine.

Elaborating on the nature of the errors, the CEO said that while conducting mock polling in the booths, between 6 and 7 am, about 50 votes were cast, but the booth officers had committed errors in clearing the data in either the EVM or the VVPAT or in certain cases both machines. In some cases, the VVPAT slips were not cleared after the mock poll was conducted.

Regarding the arrangements being made for conducting re-polling in the 13 booths, he said, the respective District Election Officers would ensure that adequate awareness is created and measures are undertaken to arrange the EVMs and VVPATs. Awareness campaigns would include the beating of drums and making announcements, in addition to press releases.

Allaying fears of EVMs being moved from Erode, he said that the EVMs and VVPATs cannot be moved without the permission and knowledge of ECI and that the district officers would inform the parties before doing so.

Regarding when parliamentary elections would be held in Vellore, where it was earlier rescinded because of malpractices and huge cash seizures, he said that currently there is no information on the same.