My friend, you don't need a coalition but I do: When Netanyahu congratulated PM Modi in phone call 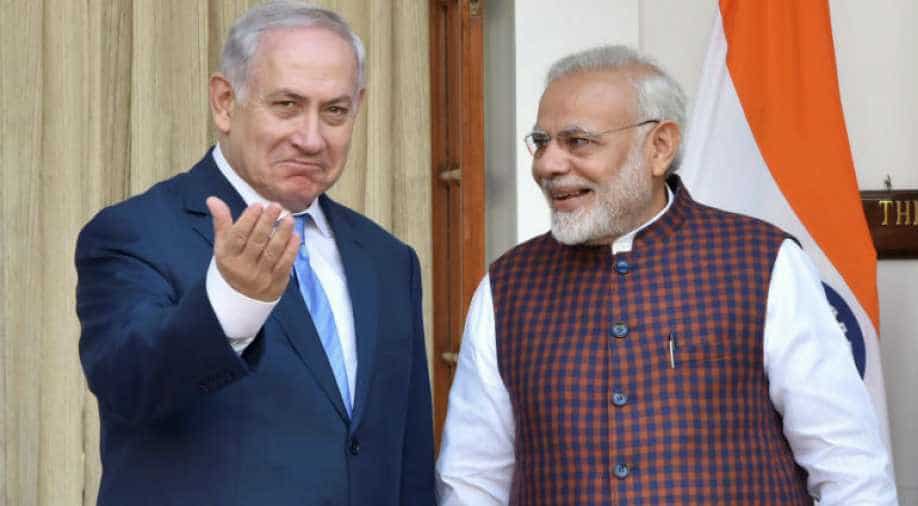 Calling Modi his 'friend', Netanyahu said he hopes to meet PM Modi soon after the government formation in both the countries is over.

Wishes poured-in from all corners of the world with leaders congratulating PM Modi on registering a thumping victory in the Lok Sabha polls.

In a telephonic conversation, Israeli Prime Minister Benjamin Netanyahu, who also retained another term recently, congratulated Modi and said that the only difference between their respective wins is that while Modi doesn't need a coalition to form the government, Netanyahu does.

Calling Modi his "friend", Netanyahu said he hopes to meet soon after the government formation in both the countries is over. A video clip of Netanyahu's telephonic conversation with PM Modi was released by news agency ANI.

Earlier in the day, Pakistan Prime Minister also tweeted out a congratulatory post on BJP's win.

In his congratulatory message, Khan said that he looks forward to working with PM Modi "for peace, progress and prosperity in South Asia".

"I congratulate Prime Minister Modi on the electoral victory of BJP and allies. Look forward to working with him for peace, progress and prosperity in South Asia," Khan's tweet read.

Prime Minister Narendra Modi on Thursday evening arrived at the Bharatiya Janata Party headquarters in New Delhi and gave his first address after the party seemed poised to register a landslide win in Lok Sabha polls 2019.

The prime minister promised to devote "every moment" of his life and "every fibre" of his being for the people of India.

"This is a mandate to form new India," PM Modi said in his victory speech.