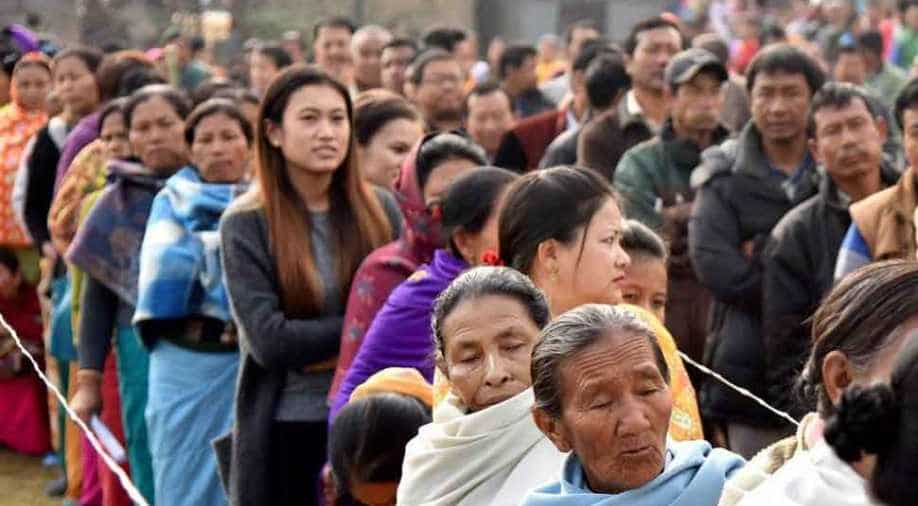 Chief Electoral Officer (CEO) Abhijit Sinha said on Tuesday that there would be three-tier security cordon on the day of counting.

Elaborate security arrangements have been made for the counting of votes for the lone Lok Sabha seat in Nagaland and by-election to Aonglenden Assembly constituency on Thursday, a top election official has said.

Polling for the Lok Sabha seat and Aonglenden bye-poll was held simultaneously on April 11.

Chief Electoral Officer (CEO) Abhijit Sinha said on Tuesday that there would be three-tier security cordon on the day of counting.

The first and second tier security cordon would be manned by the district executive force, state police and Indian Reserve Battalion personnel and the third and last tier close to the counting hall would be manned by Central Armed Police Force personnel, he said.

The path that would be taken for transportation of EVMs from the strong rooms to the counting halls have been delineated and barricaded and it would be under CCTV coverage, the CEO said.

The counting will commence at 8 am on Thursday in 19 halls in 12 centres for the Lok Sabha polls while counting of votes for the bye-poll will be
conducted in one hall in Mokokchung district, he said.

The CEO said after completion of last round of counting of votes recorded in the EVM control units of an Assembly segment, there would be mandatory verification of VVPAT paper slips of randomly selected five polling stations of that Assembly segment.

These five polling stations would be selected through a draw of lots by the concerned Assistant Returning Officer in the presence of candidates or their agents and the Observers and counting of VVPATs would be done in a sequential manner.

Tokheho is seeking re-election for the Lok Sabha seat.

The bye-poll to Aonglenden Assembly constituency under Mokokchung district was a straight contest between the Congress nominee Alemjongshi Longkumer and Sharingain Longkumer of ruling NDPP.

The by-poll was necessitated following the demise of sitting ruling MLA Imtikumzuk in September last year.