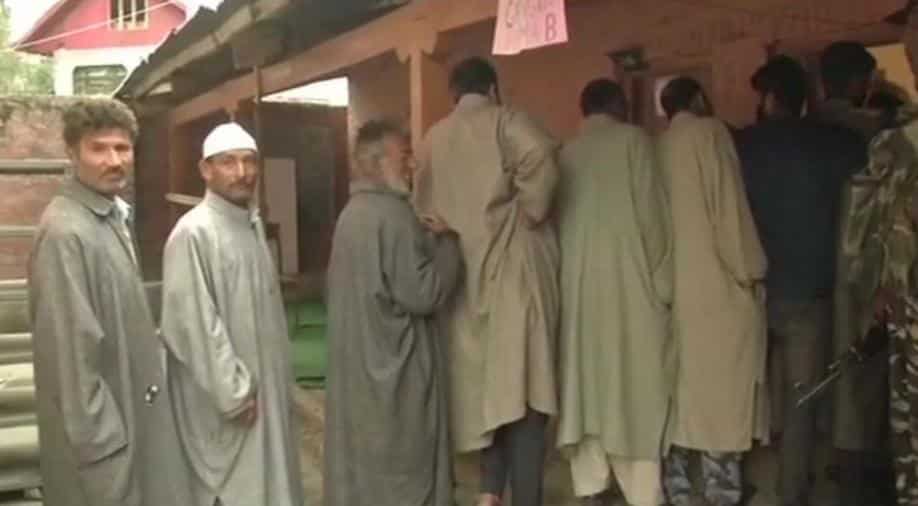 Polling began at 7 am in the district and would end at 4 pm, officials said.

Polling began in Kulgam district of Jammu and Kashmir -- part of the Anantnag Lok Sabha constituency -- on Monday amid stringent security arrangements as the voting in the second leg of the three-phased schedule for the Lok Sabha seat would decide the fate of 18 candidates, including former chief minister Mehbooba Mufti.

Polling began at 7 am in the district and would end at 4 pm, officials said.

They said all arrangements were in place to ensure smooth conduct of the second leg of the three-phased parliamentary polls in the Anantnag constituency in the restive south Kashmir.

Stringent and elaborate security arrangements have been put in place in the district in the restive south Kashmir to ensure smooth conduct of polling, the officials said.

They said a multi-layered security set-up was put in place as part of an elaborate security plan for protection of polling booths, handling of law and order problems and thwarting the designs of anti-national elements to disrupt the polls and also to instil a sense of confidence among voters for ensuring free, fair, transparent and smooth conduct of elections in the
district.

The Anantnag Lok Sabha constituency is spread over four districts of Anantnag, Kulgam, Shopian and Pulwama with 16 assembly segments.

The Lok Sabha polls to this constituency are being held in three phases due to security reasons.

Anantnag district went to polls on 23 April, while voting in Pulwama and Shopian districts will take place on 6 May.

The Election Commission has curtailed the polling duration for the Anantnag Lok Sabha constituency by two hours following a request from the state police to this effect. The revised polling timing is from 7 am to 4 pm.

There are 18 candidates in the fray for the Anantnag constituency, including PDP president and former chief minister of Jammu and Kashmir Mehbooba Mufti.