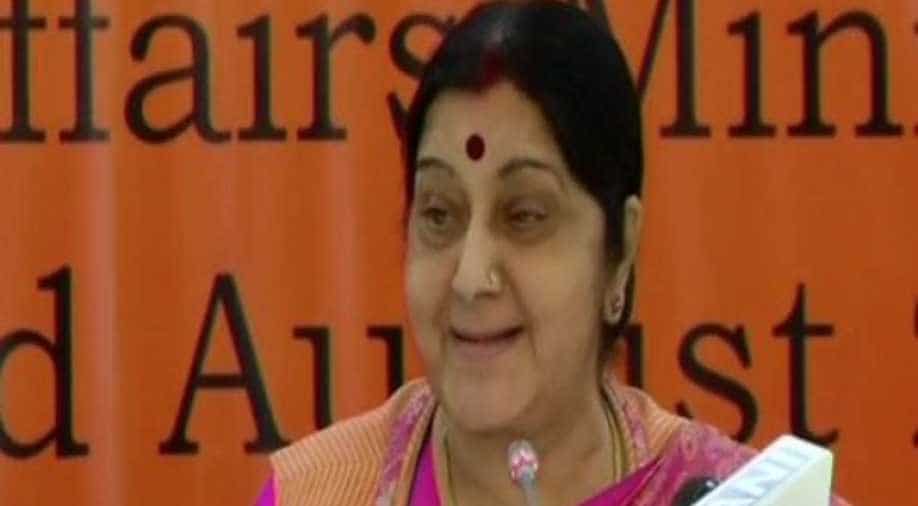 Flagging off a motorcycle rally of women, Swaraj said the 'relationship between you and Modi has become more strong...Like a family in the past five years.'

Flagging off a motorcycle rally of women, Swaraj said the "relationship between you and Modi has become more strong...Like a family in the past five years".

"Today I have come as a representative of PM Modi and the NDA government to give details of the work done in various fields," she said and listed the government's performance on national security, economy and external affairs fronts.

She referred to the surgical strike on terror launch pads and air strike in Balakot to highlight the government's success on national security front.

"The Mumbai terror attack was the worst but the UPA government did nothing, whereas the NDA government under PM Modi's leadership retaliated with surgical strikes and air strikes soon after the Pulwama terror attack to give a strong message to Pakistan and also isolated it on international platform...," she said.

She laid emphasis on the success of Bharatiya Pravasi Diwas organised here.

On the economic front, she said the Indian economy has become the sixth largest in the world, whereas during the UPA regime it was counted among the first five fragile economy.

Referring to the late premier Rajiv Gandhi's remark that only 15 paise of every rupee meant for the welfare of downtrodden reaches them, Swaraj said the NDA government has completely ended this "commission system".

She appealed to the voters to ensure Modi's victory with the highest margin in the country.

Varanasi goes to poll in the seventh and last phase on May 19.