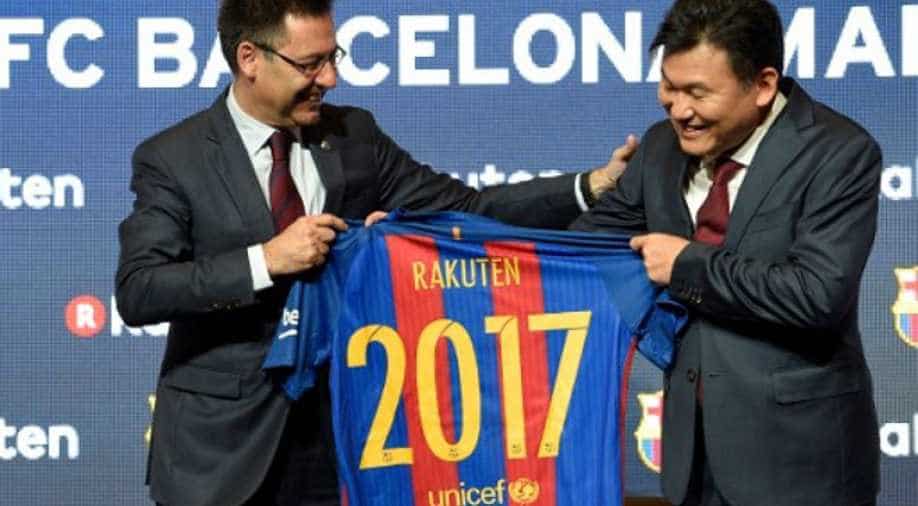 Qatar Airways had been Barcelona's shirt sponsor since 2013. Photograph:( AFP )

The Spanish giants Barcelona have struck a sponsorship deal with Japanese online retailer Rakuten for the next four years.

With the 55 million euros ($59 million) a year deal, Rakuten replaces Qatar Airways who had been Barcelona's shirt sponsor since 2013.

They were reported to have paid 35 million euros for the final year of their deal taking them up to the end of the 2016-17 season.

"I have the pleasure and honour to announce that the board of directors has approved that Rakuten will be the new main and global sponsor of the club for the next four years," Barcelona president Josep Maria Bartomeu told a news conference at the club's Camp Nou stadium.

The club success added with some of the world's most recognisable stars make it a highly attractive assest to the advertisers.