EPL: City back to winning ways with 3-1 victory over Watford 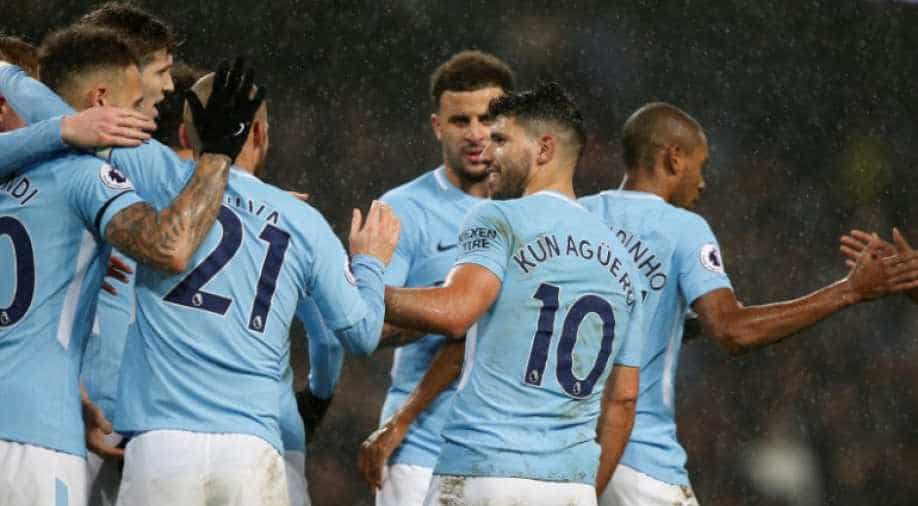 Runaway Premier League leaders Manchester City returned to winning ways with a comfortable 3-1 victory over Watford on Tuesday, showing no signs of letting the festive flurry of fixtures impact their momentum.

City manager Pep Guardiola responded to Sunday’s goalless draw at Crystal Palace, which ended their 18-match winning run, by fielding a full-strength side with John Stones and David Silva both returning.

Belgian midfielder Kevin De Bruyne, who was stretchered off at Palace after a horrific challenge, was fit to start while Sergio Aguero replaced the injured Gabriel Jesus in the centre-forward role.

If that was a statement of intent - it was certainly backed up on the field. It took just 38 seconds for the leaders to get ahead when Silva fed Leroy Sane on the left flank and the German’s low cross was turned in at the back post by an unmarked Raheem Sterling.

City looked in the mood to get the business settled early and they should have doubled their lead when Sane, after a clever piece of footwork, cut back to Stones but the defender’s shot, while leaning back, flew high over the bar.

It was not long before the second came, however, and again it was a low ball across the face of the goal that proved Watford’s undoing. Silva fed De Bruyne on the right and the midfielder’s cross was turned into his own net by the sliding Christian Kabasele.

Marco Silva’s Watford faced a long night of damage limitation and they had their keeper Heurelho Gomes to thank for tipping a curling De Bruyne free kick against the bar.

The counter-attack was Watford’s only likely route to goal and that nearly proved fruitful in the 29th minute when Andre Gray broke clear and burst goalwards but his low shot was well saved by Ederson.

The City keeper did well again to keep out a low drive from Etienne Capoue two minutes before the break but only the most optimistic of Hornets fans would have seen that as a sign of things changing in the second half.

Aguero missed a clearcut chance to make it 3-0 three minutes after the restart, heading well wide when found unmarked 10 metres out by a trademark pinpoint cross from De Bruyne.

It was that combination, however, that put the game well and truly beyond Watford in the 63rd minute with the help of Gomes who fumbled the Belgian’s cross to leave Aguero with the simplest of tap-ins.

De Bruyne drove into the side-netting from a tight angle in the 78th minute and was immediately taken off by Guardiola, receiving a richly deserved ovation from the Etihad crowd.

Gray got a consolation for Watford in the 82nd minute slotting home a low cross from Andre Carillo.