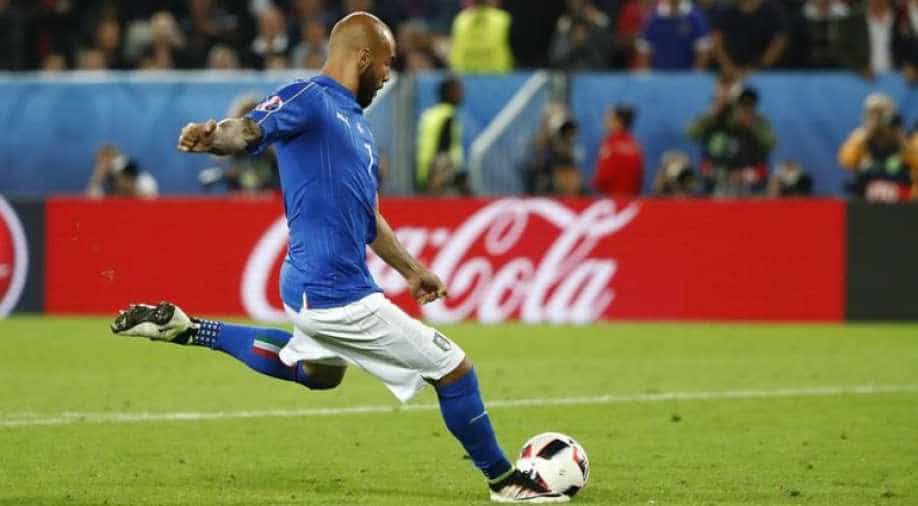 Italy are now taking on Sweden in the play-offs. Sweden had hosted the 1958 World Cup -- the last one the Italians missed out on. In photo: Italy striker Simone Zaza. Photograph:( Reuters )

The last time Italy did not go to the World Cup was in 1958.

A 2-1 defeat to Northern Ireland had done them in that time, which is why Italy heaved a sigh of relief when they found they would not have to play Northern Ireland in the play-offs for the 2018 World Cup.

Italy will instead be playing Sweden. The first of their play-off games is early Saturday morning (1.15 am India time).

But that name too could fill fans of the Azzuri with dread.

Sweden had hosted the 1958 World Cup -- the one the Italians missed out on.

Not that the Italians -- who are famous for getting themselves into difficult situations -- are showing outward signs of worry, as yet.

"We are not taking into consideration the idea of not going to the World Cup," the BBC reported coach Giampiero Ventura as saying.

News reports however have hinted that Ventura has been out of his depth.

And that he has not been able to fill former coach Antonio Conte's shoes.

This Italy team, the reports said, has been poor but Conte -- who they said was the star of the team, rather than one of the players -- made them bigger than the sum of their parts.

Italy meanwhile have arrived in Sweden for the first game of their two-legged World Cup play-off against Sweden with doubts about the fitness of striker Simone Zaza, Reuters reported.

Zaza, Reuters said, has a knee injury which is likely to keep him out of Saturday's match.

"We'll see how it goes. Zaza has a little problem, if he can't play tomorrow he can play on Monday," Ventura said.