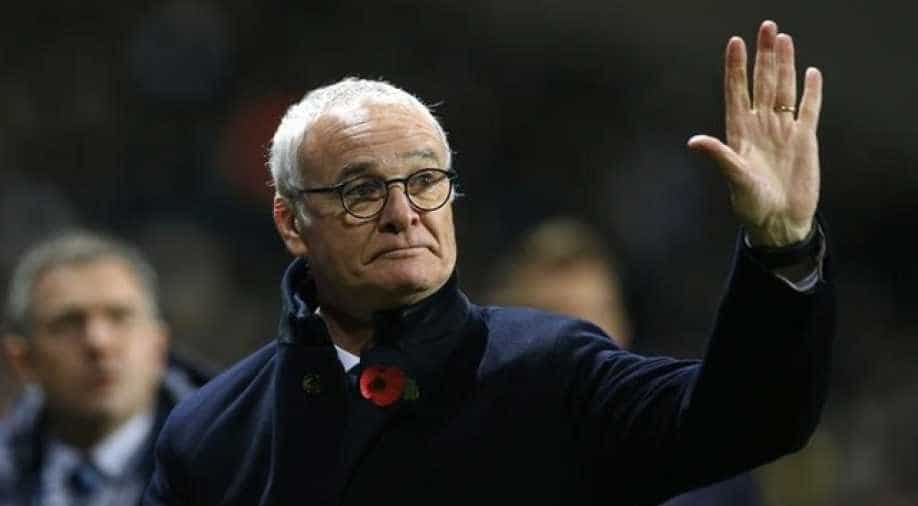 Claudio Ranieri's team went through to the next round after beating Club Brugge 2-1 at home. Photograph:( Reuters )

Leicester kept their Champions League dreams aflame Tuesday, cruising into the last 16 with a 2-1 win over Belgium's Club Brugge, where they were joined by Real Madrid -- but not a crestfallen Tottenham.

Joining the hopeful debutants and the holders on the night were Juventus, Bayer Leverkusen and Monaco.

Leicester's success saw the Foxes advance as Group G winners in their maiden season in the event, giving a major fillip to Claudio Ranieri's side, who are just two points above the domestic drop zone.

"We're on another journey. I don't know where, but we're excited!" Ranieri said afterwards.

Referring to his side's poor league form the Italian added: "Maybe we have been more concentrated in the Champions League. Now the group is won, (it is) important to come back in the Premier League."

Shinji Okazaki netted after just five minutes and a Riyad Mahrez penalty made it 2-0 before Jose Izquierdo notched a second-half consolation for Brugge.

"We wanted to finish first in the group. It wasn't easy today but we did it," said Foxes' Algerian star Mahrez.

The Colombian's strike was the first goal Leicester have conceded in the tournament to date.

As Leicester celebrated, Tottenham in contrast saw their adventure in Europe's top club competition come to a grinding halt after a 2-1 loss at Monaco, who won Group E in the process.

Spurs had a let off when their French keeper Hugo Lloris saved Radamel Falcao's early spotkick.

But quickfire goals from Djibril Sidibe and Thomas Lemar just after the break, sandwiching a Harry Kane penalty, did for the Londoners.

In the same group Bayer Leverkusen drew 1-1 at CSKA Moscow to take the Germans into the knockout stages following Spurs' loss.

Spurs will host CSKA in a final game whose outcome will decide who goes into the Europa League. In any case, 'home' advantage at Wembley Stadium has hardly shone on Mauricio Pochettino's side, given that they succumbed to defeats by Monaco and Leverkusen.

Kane said those games sank them.

"I'm gutted. We wanted to go far but it is something we will have to deal with.

"We will look back and say it was the home games were we should've been better," the striker told BT Sport.

Raphael Varane gave the 'meringues' the lead before Adrien Silva netted a spot-kick for the Portuguese only for substitute Karim Benzema to pop up with the winner for Real.

The Spaniards suffered a huge injury scare, however, just 11 days before facing Barcelona in La Liga as Welsh star Gareth Bale exited with an ankle injury shortly after half-time.

"We knew it would be complicated, but we got the three points," said Real coach Zinedine Zidane, who won the 2002 title as a player for the Spanish giants and then as coach last May.

"When you concede a goal you can think it will be tough but we continued to play and responded and finally had our reward with Karim's goal," Zidane told  beIn Sports.

Dortmund secured the group win with a game to play after swatting Poland's Legia Warsaw 8-4 -- a record goalfest for a Champions League encounter.

The Germans became one of an elite clique to notch five goals in a single Champions League half having led 5-2 at the interval.

Two-times champions Juventus are through after defeating previous Group H leaders Sevilla, Europa League champions for the past three seasons, 3-1 in Spain.

Claudio Marchisio with a penalty, Leonardo Bonucci and Mario Mandzucic scored for the 'Old Lady' of Turin after Nicolas Pareja had put Sevilla ahead early on.

Perennial challengers Barcelona and Manchester City were hoping to book their tickets Wednesday with wins over Celtic and Borussia Moenchengladbach respectively.