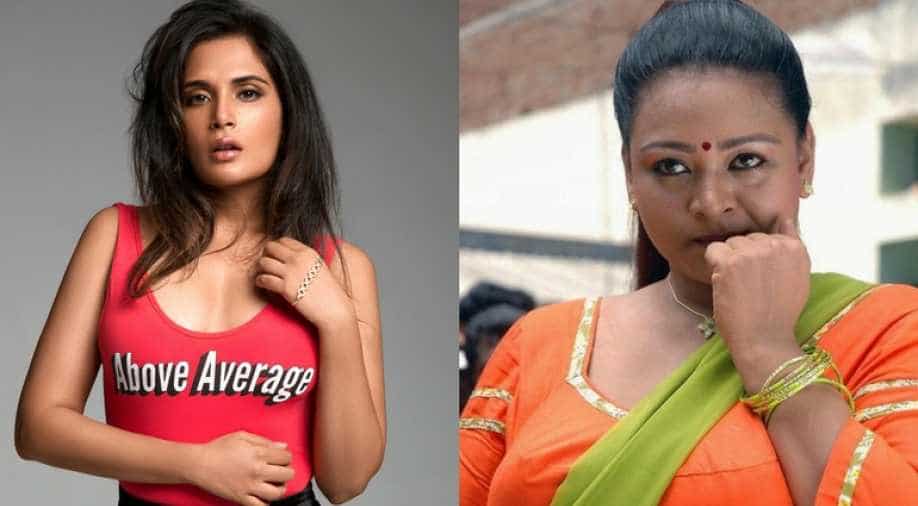 Richa Chadha is all set to play Shakeela in a new biopic. Photograph:( WION )

Born as C Shakeela Begum in Nellore, Andhra Pradesh to a lower-middle class family, Shakeela had a difficult life while growing up.

When Vidya Balan portrayed Silk Smitha in the 2012 film The Dirty Picture, many scoffed as to why was there a need to make a film on a B-grade actress in the first place. Apart from being one of the best films of that year, with a stellar performance by Balan, The Dirty Picture also threw light on the murky business of cinema.

Silk was a star in her own right, had a considerable amount of fan following even yet was never considered an A-lister. Similar to Silk was the career trajectory of Malayalam star Shakeela. As Richa Chadha gears up to play Shakeela, the actress, who ruled the Malayalam, Tamil, Telugu film industry in the 90s, here are some lesser known details about her.

Born as C Shakeela Begum in Nellore, Andhra Pradesh to a lower-middle class family, Shakeela had a difficult life while growing up. Her father did meagre jobs to make ends meet and she was part of a large family of six siblings-  which is why Shakeela decided to drop out of school at an early age to earn for her family.

Shakeela’s initial earnings were low and did not help to support the family. A voluptuous teenager, she got compliments about her body and her face which made her try her hand at modelling and B-grade films. Calling Silk her inspiration, Shakeela modelled her career like her and started doing soft-porn, B-grade films.

Her initial films did not do too well. It was early 80s and Silk already ruled the hearts of millions with her sensual roles and Shakeela was almost overlooked.

She made her adult debut in the movie ‘Play Girls.’ She played the role of a young sex addict and the younger sister of the character played by Silk Smitha, in the same movie. The film made people sit up and take notice of Shakeela, despite the presence of Silk.

Shakeela’s rise to stardom came when Silk’s career was dipping. While roles and film offers came in plenty for Shakeela, most did not want to pay her. She reportedly worked for free for many filmmakers in order to become a familiar face in B-grade films.

Shakeela’s got a breakthrough in her career with a soft-core film called, Kinnarathumbikal in 2000. Made in Malayalam, the film was so popular that it was dubbed in more than six languages.

While over the years, Shakeela has tried to do family oriented roles, it's her image as an adult film actress that has been the most popular.

While she has a huge fan following across Asia as some of her films have been dubbed in other Asian languages as well, not much is known of her personal life, which is why a biopic around the enigma of Shakeela will help in throwing light to her life, and her struggles.

In a career spanning over three decades, Shakeela has been linked to several actors and filmmakers but there has never been any official confirmation about her marital status.