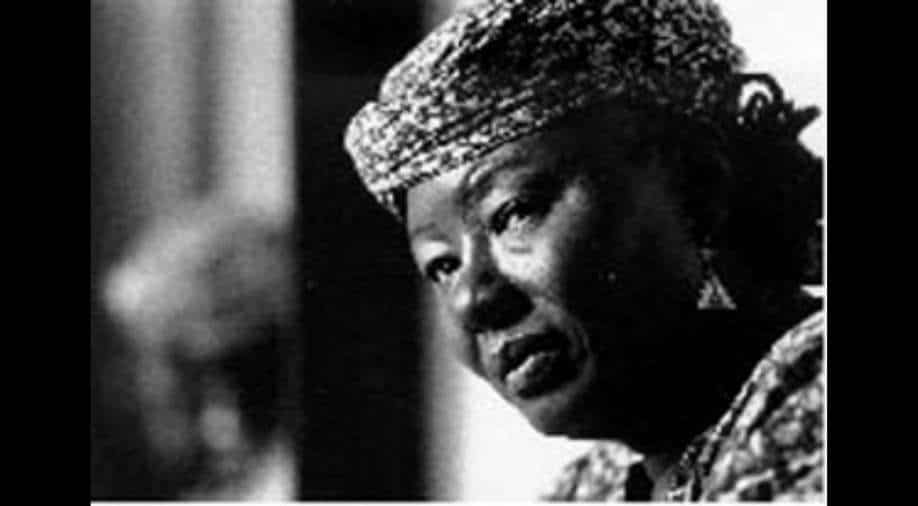 Zalika Souley, who won fame and money that did not last as the first sub-Sahara African woman to star on the silver screen, has died at the age of 74, her family said on Wednesday.

Zalika Souley, who won fame and money that did not last as the first sub-Sahara African woman to star on the silver screen, has died at the age of 74, her family said on Wednesday.

"We are deeply saddened to announce the death of Hadja Zalika Souley on July 27, 2021 following a long illness," said a statement from her relatives.

Souley, who was born in 1947 in the Niger capital Niamey, won a leading role in Moustapha Alhassane's "The Return of an Adventurer" at the age of only 19.

In this 1966 African-style Western, Souley donned blue jeans, hat and pistol and, mounted a white horse, embarked on an adventure accompanied by young men -- drawing controversy in the newly independent former French colony for what critics saw as immodest behaviour.

For much of her career she collaborated with Niger's pioneering director Oumarou Ganda, taking a lead role in 1969's "Cabascabo", in which she played the lover of a veteran from the French Colonial army returning from Vietnam.

The film was screened in the International Critics' Week of that year's Cannes Film Festival.

A year later she starred in Ganda's "The Polygamous Wazou", where, mad with jealousy, she targets the new third wife of her husband but mistakenly murders her maid of honour.

The film won the first Yennenga Stallion award at the 1972 Ouagadougou Pan-African Film and Television Festival and the International Critics' Prize at the Dinard Francophone Film Festival the same year.

That year she again worked with Alhassane in his prize-winning "WVCM: Women, Cars, Villas, Money" depicting the clash between tradition and rising consumerism among the growing ranks of middle class Africans at the time.

The film was revived as part of a retrospective of Alassane's work at the 2010 Rotterdam International Film Festival.

In "If the Riders" (1982) Zalika played a spy in the pay of French colonists, while in the 1983 Ivorian-French-Nigerian drama "Petanqui" she played alongside Senegalese actor Douta Seck and Ivorian actor Sidiki Bakaba.

By this time, the Nigerien movie industry had begun to decline and "Souley did not earn (or save) much from her career", according to the Historical Dictionary of Niger.

"At the beginning, I played for fun" but "what I have always received... and which is more than money, is honour", she told an Ivorian newspaper in 2009.

In the documentary "Al'leessi" (destiny in the Djerma language), which appeared at the 2005 Cannes festival, the Nigerien director Rahmatou Keita paid tribute to Zalika, by retracing her glory days on the big screen.