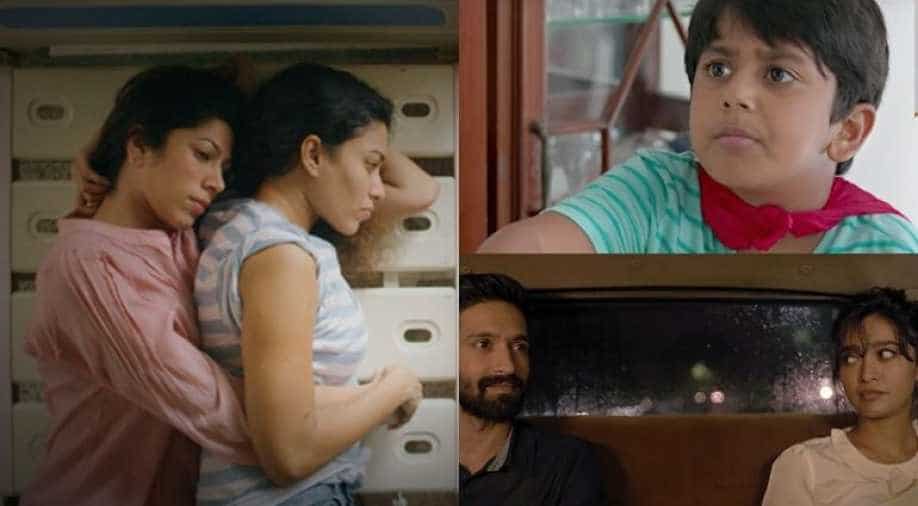 Its the last day of the year, and we bring to you the 7 most compelling short films of 2019. If you are planning to stay home and ring in the new year, bookmark these films and binge watch to the last few hours of the year.

The rise of the web has not only given us some great web series but also given rise to new filmmakers who have used the platform to showcase their short films. Films that may not have got a theatrical release, films that do not fall into the bracket of a feature film but still narrate powerful, poignant and endearing stories.

In 2019, some very powerful stories were narrated on the web- both through series as well as short films. Its the last day of the year, and we bring to you the 7 most compelling short films of 2019. If you are planning to stay home and ring in the new year, bookmark these films and binge watch to the last few hours of 2019.

Directed by Sheetal Menon and written by Bejoy Nambiar, 'Siblings' is a poignant story of a family grappling with finances and personal crisis even as one of the members lies in a comatose state. A story of two sisters and their daily struggles to run a house while taking care of their terminally ill father was a poignant tale about caregivers with powerful performances by Menon and Shivani Tanksale.

Experiment in the bedroom goes horribly wrong for a couple living a posh dwelling in a bit city. The wife lands up at work with bruises and is advised by prying neighbour to join a help group even though the husband keeps insisting that it was an accident and nothing more than that. Written by Aseem Kaul and directed Shubham Yogi, 'Suno' came in a year when there was a lot of debate over 'Kabir Singh' and the overall definition of love. A poignant film on concent and marital rape, 'Suno' had strong perfromances by its two actors- Amrita Puri and Sumeet Vyas.

A lyrical ode to Mumbai, its bustling life and young love, 'Sheher Ya Tum' makes you yearn your college life, remember your first love and fall in love with Mumbai city. Directed and written by Karan Asnani, the short film stood out for its charming lead- Yahya Bootwala.

In modern-day world how much do people believe in astrology and horoscope? Turns out, a lot! A quirky little film of a couple arguing over mismatched horoscopes, the film makes for a fun watch especially for its lead cast - Ashwani Kumar and Kalyani Pandit. The film has been directed by Neha Pawar.

Indian society has a tendency to keep mum about sexual crimes especially if the victim and the offender are known to the family. An eerie tale of a couple struggling to come to terms with the fact that their young daughter has been molested by a man they trust blindly, the film sends out an important message- that it is not okay to keep shut of such cases.

'Laddoo' came out in a year that saw India protesting against the new Citizen Ammendment Act- a law that many feel divides India on the basis of religion. Directed by Sameer Sadhwani & Kishor Sadhwani with script & story by Pankaj Chaturvedi may have a child as its protagonist but gives out a powerful message about faith and religion and that despite its diverse cultures, India is one.

Two strangers form an uncanny friendship while sharing a  late-night cab ride in Mumbai and bond over music and films and other interests and forget work stress for a few hours. A simple, heartwarming tale directed by Sumi Mathai, the ten minute short features Vikrant Massey and Sayani Gupta.