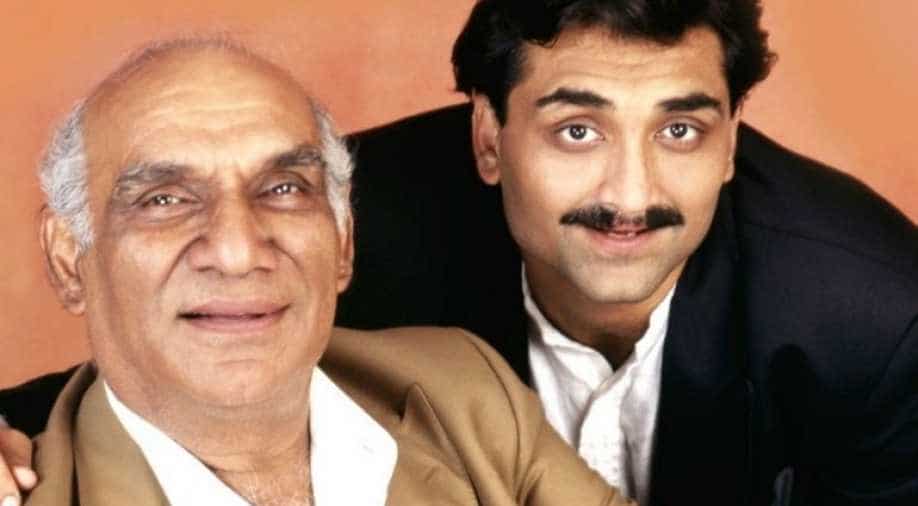 Aditya Chopra pens emotional note on completion of 50 years of Yash Raj Films and on his father Yash Chopra's birth anniversary. One of the country’s biggest production house, she unveiled a new, special logo on the occasion.

With the logo, they kickstarted the grand 50-year celebrations of the production house.

Today, also marks Yash Chopra's 88th birth anniversary, by remembering her father in a heartwarming note, Aditya wrote, '' In 1970, my father Yash Chopra left the security and comfort of his brother Mr BR Chopra and formed his own company. Till then, he was a salaried employee of BR Films and didn’t own anything of his own. He did not know how to run a business and did not even have the basic knowledge of what goes into making a company. All he had was a strong belief in his talent and hard work and a dream to be self-reliant. That conviction of a creative man backing nothing but himself and his art gave birth to Yash Raj Films.''

50 years of celebrating movies, 50 years of entertaining you. On this occasion #AdityaChopra pens down a heartfelt note. #YRF50 pic.twitter.com/Pfj182ylvy

The new logo of the studio captures the glorious journey of the YRF, the video shows one of the biggest hits over the years, starting from Kabhie Kabhie', 'Dilwale Dulhania Le Jayenge', 'Dhoom 3', 'Lamhe', 'Dum, Laga Ke Haisha', 'WAR', 'Chandni', 'Dhoom 2', 'Hum Tum', 'Jab Tak Hai and many more.

"Today, we enter the 50th year of Yash Raj Films. So, as I write this note, I'm trying to figure out what exactly is the secret of this 50-year success? What makes a company flourish for 50 years? Is it the creative genius of Yash Chopra? The audacious vision of his 25-year-old upstart son? Or is it just plain luck? It's none of the above. It's the people. The people who worked in every YRF film for the last 50 years. My dad used to describe his journey with a poet's line - Main akela hi chala tha janib-e-manzil, magar log sath aate gaye aur karwaan banta gaya (I walked all alone towards my destination, people kept joining and the caravan kept growing). Its taken me 25 years to fully understand this. The secret of YRF 50 are the PEOPLE, he wrote.