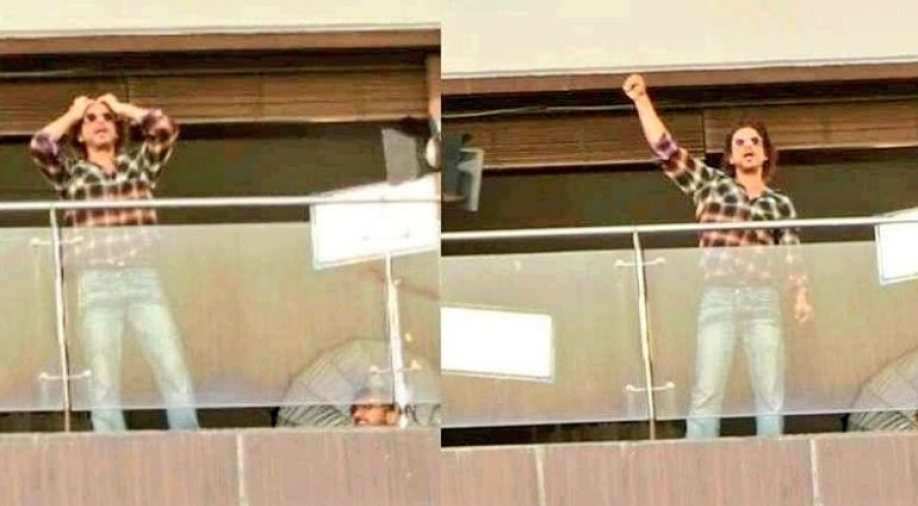 In the video, Shahrukh Khan is seen wearing a black shirt, blue jeans and dark sunglasses.

Looks like, after months of sitting free and relaxing, Shah Rukh Khan is also back to work. On Friday, paparazzi spotted Khan shooting at the balcony of his Mumbai house Mannat.

The video that has surfraced on the internet shows Shah Rukh in a black shirt, blue jeans and dark sunglasses.  In the video, he is also seen doing his iconic open arms pose. The camera setup is also seen in his balcony.

The details of the project are yet to be known, but Khan's fans can't wait to see him on the big screen.

Also read: 'He loved me so much': Shah Rukh Khan writes a warm tribute for Sushant Singh Rajput

During the lockdown, Shah Rukh had taken part in multiple fund-raising programs and live videos. The actor also filmed a song  'Sab Sahi Ho Jaayega' with his youngest son, AbRam for the I for India concert. 'Zero' actor also keeps interacting with fans through his social media and advised them to stay home and practice social distancing in the wake of the coronavirus pandemic.

Shah Rukh was last seen in 'Zero'. The film was directed by Aanand L Rai and also starred Katrina Kaif and Anushka Sharma. He hasn't signed any new film since then. Recent reports state that SRK will be seen in R Madhavan's upcoming film 'Rocketry: The Nambi Effect. He will be playing the pivotal role of a journalist, and will also make a special appearance in 'Brahmastra'.