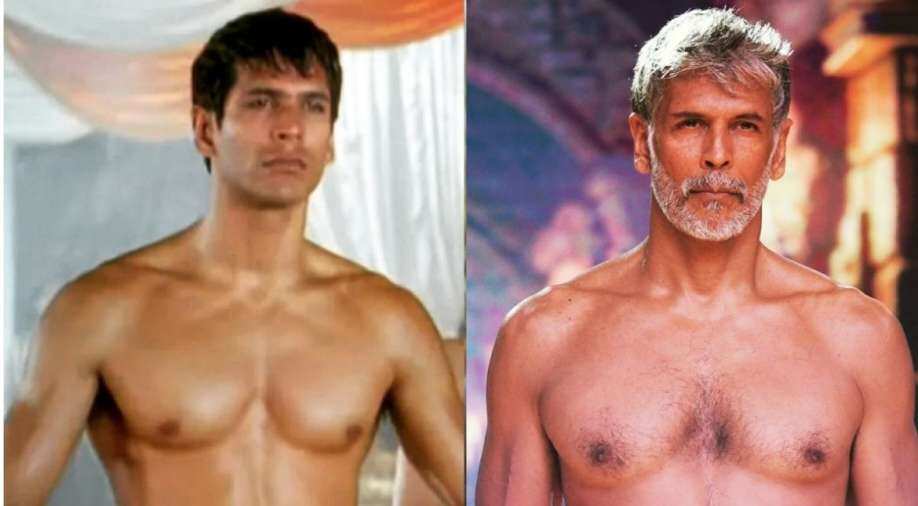 Milind Soman in 'Made in India' music video and in MTV 'Supermodel of the Year 2' Photograph:( WION Web Team )

It's been over two decades since supermodel Milind Soman walked in at the end of Alisha Chinai's hugely popular 'Made In India' music video and stole our hearts.

It's been over two decades since supermodel Milind Soman walked in at the end of Alisha Chinai's hugely popular 'Made In India' music video and stole our hearts. The nation had a collective crush on Soman and the man continues to rule hearts and inspire people across the country with his fitness. But recently, the model-turned-actor created quite a stir on social media as he recreated that iconic look from music video.

Soman, who is known to be very active on social media, shared a video of himself walking the ramp on the hit song that had ruled the charts back in the 1990s. Just like the original video, Soman was clad in a white dhoti and was bare-chested.

The walk was perhaps a segment of MTV show 'Supermodel of the Year 2' which had Soman, Malaika Arora and Anusha Dandekar as celebrity judges. In the video, as Soman walked the ramp, Malaika and others in the audience cheered on.

Also see: Milind Soman calls smoking the ‘stupidest thing’ he has ever done

"And 26 years later…One more time," he wrote as the caption.

While fans flooded the comment section,  the 55-year-old's wife Ankita Konwar's comment caught our attention. "How is it legal to be this hot ALL THE TIME ???!!!!!!" along with a few fire emoji.

Also see: Dear Internet, learn to mind your own business

We agree with Ankita on this.

Soman, who has been a fitness enthusiast and an inspiration to many, shares videos of his runs often on Instagram. He was last seen in web series 'Paurashpur'.