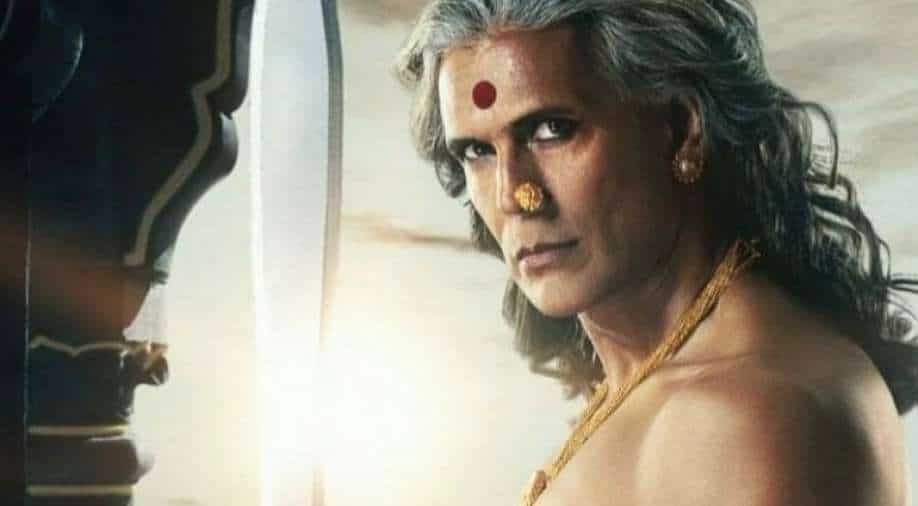 Milind was last seen in the Amazon Prime show, 'Four More Shots Please!' S2, in which he played the character of a doctor.

Milind Soman is back but this time with a new thing. The fitness freak is all set to play a third gender for the first time in the series titled, 'Paurashpur'.

Today, Soman shared his first look in which he can be seen sporting a big bindi with a nose pin
.
By sharing the motion poster, he wrote, ''Never played someone like this before!! For the third gender in the world of Paurashpur, it has always been a power struggle! A sharp mind and a charming personality; witness the many shades of love and the quick-wit of Boris, only in #Paurashpur''.

His intense look has taken the internet by storm and his fans can't stop themselves after Soman's look was revealed.

Ekta Kapoor to shared short video clip and wrote about the series, ''Pauraspur ...a story about the ‘apartheid Ish’ laws between men and women in A dystopian 16-century world! Witness the revolution!''

According to the makers, the web series is “envisioned to be on the lines of Games Of Thrones”. Paurashpur also stars names such as Shilpa Shinde, Shaheer Sheikh, Sahil Salathia and Annu Kapoor in lead roles.

Milind was last seen in the Amazon Prime show, 'Four More Shots Please!' S2, in which he played the character of a doctor.

The series will stream on ZEE5 and ALT Balaji from December 29.