Watch 'Darbar' trailer: Rajinikanth is suave and stylish as a supercop 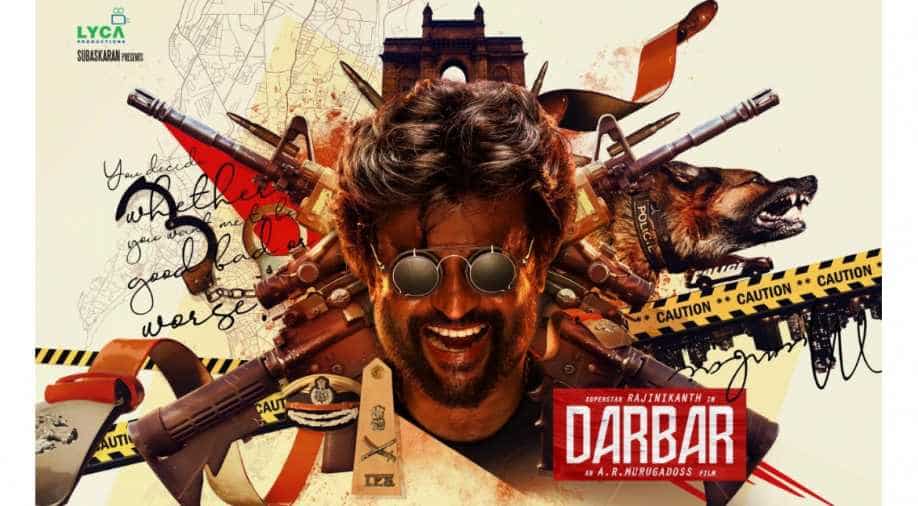 Darbar is slated to release in Tamil, Hindi, Telugu, and Malayalam on January 10, 2020.

Makers revealed the first trailer of Rajinikanth starrer ‘Darbar’ and it is a sure shot treat for all Thalaiva fans as it features the superstar in a stylish supercop avatar.

Rocking his uniform in a swag unmatched by anyone, Rajinikanth reveals how he is a villain first in the trailer as he deals with Suniel Shetty who is seen playing a negative character in the film.

There are many action shots for those who get an adrenaline rush seeing Rajinikanth doing dangerous stunts.

Directed by AR Murugadoss, ‘Darbar’ has Rajinikanth playing Adithya Arunachalam. The film also has actress Nayanthara who Rajini will be seen romancing in the film.

The film has been making quite a buzz with the motion poster getting released in a mega scale. It was released in different languages by leading actors of different Indian entertainment industries. Salman Khan introduced it for Hindi cinema, Kamal Haasan for Tamil and Mohanlal for Malayalam.

‘Darbar’ is produced by Lyca Productions and is slated to release in Tamil, Hindi, Telugu, and Malayalam on January 10, 2020. It will clash with Deepika Padukone's 'Chhapaak' and Ajay Devgn's  'Tanhaji: The Unsung Warrior'.