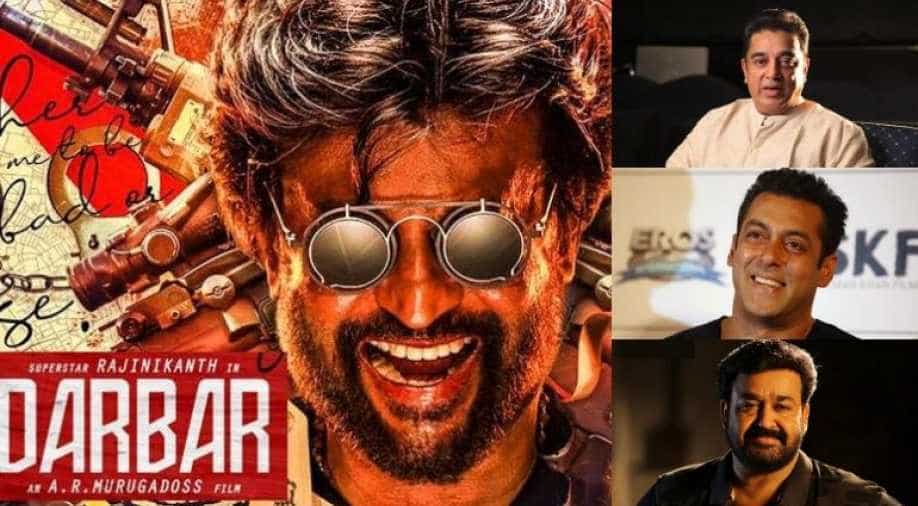 Rajinikanth plays a cop in his next 'Darbar'. Photograph:( Twitter )

The motion poster of the film will be unveiled by superstars of Tamil, Malayalam and Hindi film industry.

If its a Rajinikanth film, everything has to be big- even the unveiling of the poster. The motion poster of Rajinikanth's next 'Darbar' will be unveiled on November 7 in blockbuster style.

‘Darbar’ isis produced by Lyca Productions. Touted to be a cop-oriented action film, ‘Darbar’ has Anirudh Ravichander as the music director.

The film will be releasing during Pongal next year that is in January 2020.