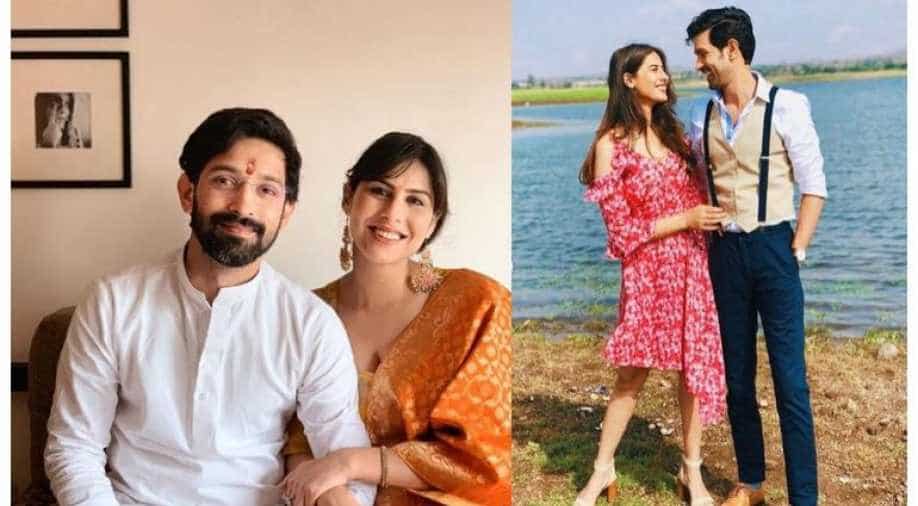 Vikrant and Sheetal even played husband and wife in the web series 'Broken but Beautiful'.

Ladies, Vikrant Massey is now officially taken. The 'Death In The Gunj' actor has confirmed his engagement to longtime girlfriend, actress Sheetal Thakur. The couple reportedly got engaged in November in a private ceremony which had only close friends and family in attendance.

Massey confirmed the news to an entertainment portal but did not divulge details about his wedding. "I think I would like to speak about this at the right time, but yes we had a very small private function. I would talk about marriage and everything at the right time,” the actor said.

The couple has reportedly been dating for the past four years and has often shared photos of each other on social media. Vikrant and Sheetal even played husband and wife in the web series 'Broken but Beautiful'.

On Vikrant’s birthday, she shared an adorable picture of them and wrote, “Happy happy birthday to the light of my life.”

Happy happy birthday to the light of my life♥️

Sheetal is currently seen in web series 'Upstarts' which

Meanwhile, the second season of 'Broken but Beautiful' is now streaming on Zee5 and has been getting a positive response from audiences as well as critics. Vikrant has also received a Best Actor nomination for the series in the upcoming Critics' Choice Shorts and Series Awards.

Vikrant will also be seen in 'Chhapaak' opposite Deepika Padukone. The film is based on acid attack survivor Laxmi Aggarwal and is being helmed by Meghna Gulzar. It is slated to release in January 2020. He also has films lined up with Yami Gautam and Taapsee Pannu.