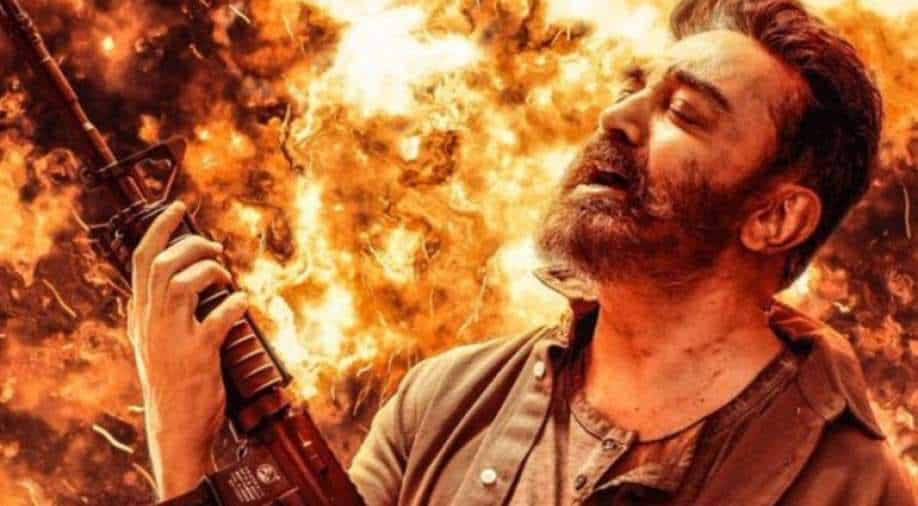 'Vikram' has given tough competition to Akshay Kumar's period drama 'Samrat Prithviraj' and other movies running at the box office.

Kamal Haasan's come-back movie 'Vikram' is breaking the box office. The movie is raking in moolah since the first day of its release. The movie which also stars Vijay Sethupathi and Fahadh Faasil in the lead role has become one of the highest Tamil grosser of this year.

The movie has also crossed the Rs 200 crore worldwide at the box office and is the second Tamil movie to cross the benchmark.

2nd entrant to the elite club this year.

The movie opened up with rave reviews from fans and critics alike. Not only in Tamil Nadu, but the movie is also performing well in other states too.
The film has given tough competition to Akshay Kumar's period drama 'Samrat Prithviraj' and other movies running at the box office.

Apart from playing the lead role in the movie, Haasan has produced the film as well under his banner Raaj Kamal International Films banner.

#KGFChapter2 is the highest grossing Tamil movie in Malaysia in 2022..#Vikram is on track to overtake that..

The movie is directed by Lokesh Kanagaraj and is full of action-packed sequences, dialogues and outstanding performances from the cast making it a full entertainment pack.