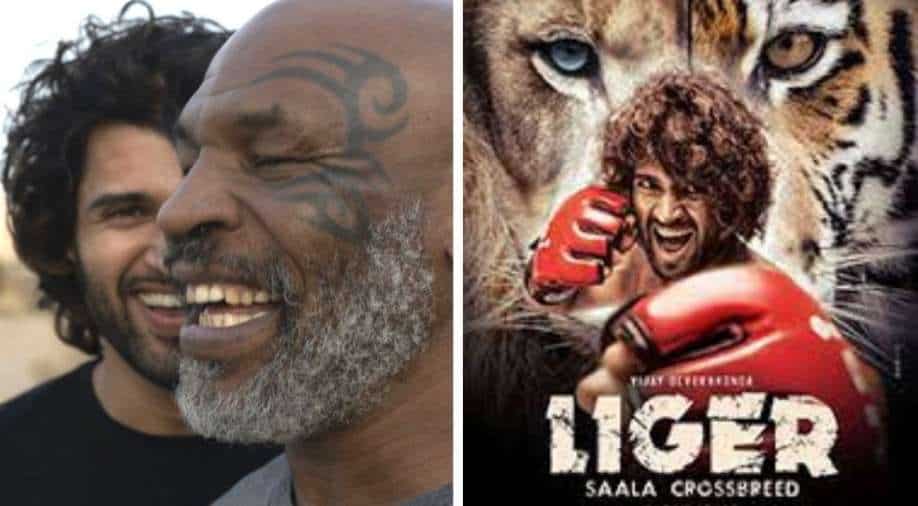 Vijay Deverakonda and Mike Tyson and a poster of 'Liger' Photograph:( Twitter )

Boxing legend Mike Tyson is all set to make his debut in the Indian film industry with the forthcoming film 'Ligar' starring Indian actor Vijay Deverakonda and Ananya Panday. Today, Mike has turned a year older and to make his day extra special, his new pals from India have sent a special wish for him.

The entire team of 'Liger' wished the star with a BTS video. The lead actor of the movie Vijay shared the clip on his Twitter account and wrote, “Happy Birthday @MikeTyson.''

Happy Birthday @MikeTyson
I never even dreamt of meeting you, forget all the things I got to do with you. You are a memory for life ❤️#Liger pic.twitter.com/urFy4t2diJ

Further, he added, ''I never even dreamt of meeting you, forget all the things I got to do with you. You are a memory for life.''

The video also features some behind the scene moments from the shooting featuring Tyson, Vijay and the time they spent together on set. Talking about the film, Puri Jagannadh directorial stars Vijay as a boxer and last year on Diwali, the makers dropped the first look of Mike from the film.

In the poster, he was looking fierce.