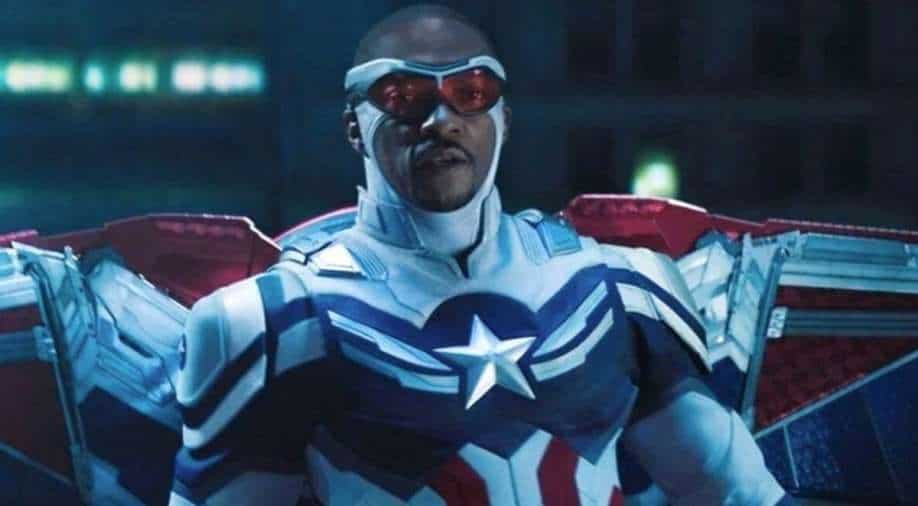 Anthony Mackie will reprise Captain America in the fourth movie. Photograph:( Others )

We got to see Anthony Mackie as Captain America for the first time since 'The Falcon and the Winter Soldier'. Mackie reprised the role in a special video segment that was shown on the Disney cruise line.

In the Disney+ MCU series 'The Falcon and the Winter Soldier', Anthony Mackie took over Chris Evans' Steve Rogers as the definitive Captain America. Sure, earlier Wyatt Russell's John Walker had also assumed the mantle, but it did not last long and he was stripped of the honour.

Mackie will don the role in the fourth movie in the 'Captain America' franchise. But we got to see him for the first time in full costume 'The Falcon and the Winter Soldier'. Mackie reprised the role in a special video segment that was shown on the Disney cruise line.

At the beginning of the video, Scott also addressed the famous, and very important, 'Avengers: Endgame' theory that said Ant-Man could have entered Thanos', um, behind and killed him.

Also Read: 'See How They Run' trailer: There is a killer on the loose in this 1950s' London-set mystery comedy

Scott said, "Hi, I'm Scott Lang, but you might know me as Ant-Man... Look, before we start, let me address the elephant in the room. There's a lot of chatter out there asking why I didn't shrink down, go in and uh... kill Thanos in a really creative way. First of all, gross. Secondly, it's much more complicated than that. Allow me to explain..."

Before he could explain it, however, Hope cut in and fans did not get to hear the explanation. In the end, Thanos was dispatched by Robert Downey Jr's Tony Stark and the combined efforts of the Avengers.

Later on, we see Mackie, fully decked in the Cap suit, complete with the vibranium shield, and interacts with Ms Marvel and Danvers. They can be seen battling Ultron drones. You can watch the video above.