Victoria Beckham: Taken me long to recognise my imperfections and flaws 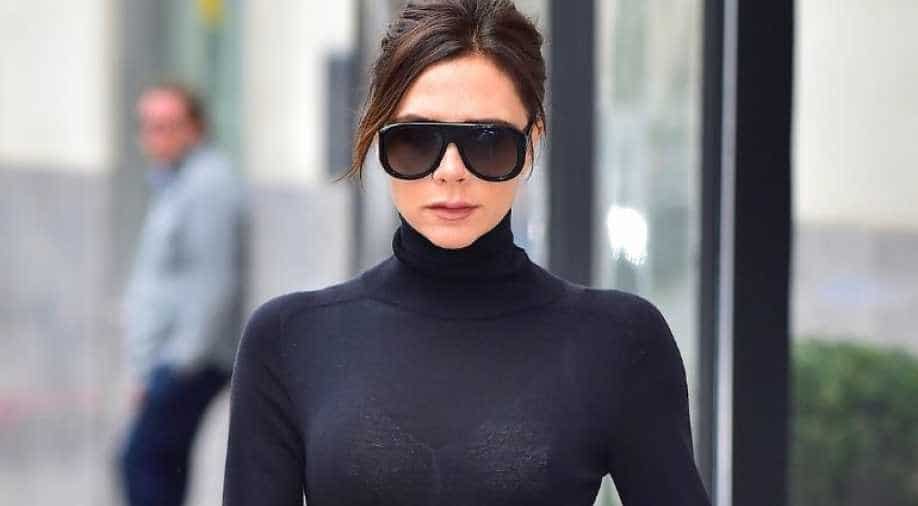 In a recent interview to fashion magazine Harper Bazaar UK, former Spice Girl Victoria Beckham stated that she did not consider herself as beautiful.

She may be considered one of the most fashionable people on earth but Victoria Beckham states that it took her time to accept her 'flaws'.

In a recent interview to fashion magazine Harper Bazaar UK, the former Spice Girl stated that she did not consider herself as beautiful.

“Do I think of myself as beautiful? No, absolutely not. But I make the best of what I have.I see my imperfections and flaws and I smile: it's who I am and I'm not going to try to change that," said Victoria and added, "It's taken me a long, long time to recognise that by 45 years old, actually I'm all right."

Since her early days as a pop superstar, Victoria Beckham has worked hard to steer away from her comfort zone, subsequently establishing a critically acclaimed global fashion and beauty empire. The inimitable designer graces our two February newsstand covers on sale tomorrow - 3rd January. Subscribe and read more via link in bio. Victoria Beckham wears @azzedinealaiaofficial and @VictoriaBeckham Photographs by @ellenvonunwerth Styled by @cathykasterine Hair by @KenPaves Make-up by @WendyRowe using @VictoriaBeckhamBeauty Manicure by Toni Jade With thanks to @lydiasmag, @jogoodby, @avrilmair, @rachellouisebrown1, @harrietelton, @tommacklin

'Posh' Spice also discussed how she maintains success of her brand after it was revealed her company has recorded losses of over £12million.

“I learnt an enormous amount being very young and very, very famous. You realise it's much more difficult to maintain success than it is to actually achieve it – and it's not as glamorous as people would think," admitted Victoria.

Victoria also touched on home life with husband David, 44 and their kids Brooklyn, 20, Romeo, 17, Cruz, 14 and Harper, eight in the interview.

Stating that the couple is very hands on as parents, Victoria said, "I'm up early working out but one of us will do the school run and we always try to be home by dinnertime.

“We're very strict about that when we're in London – at 6 pm we are all together, eating dinner, talking about our days," she added.