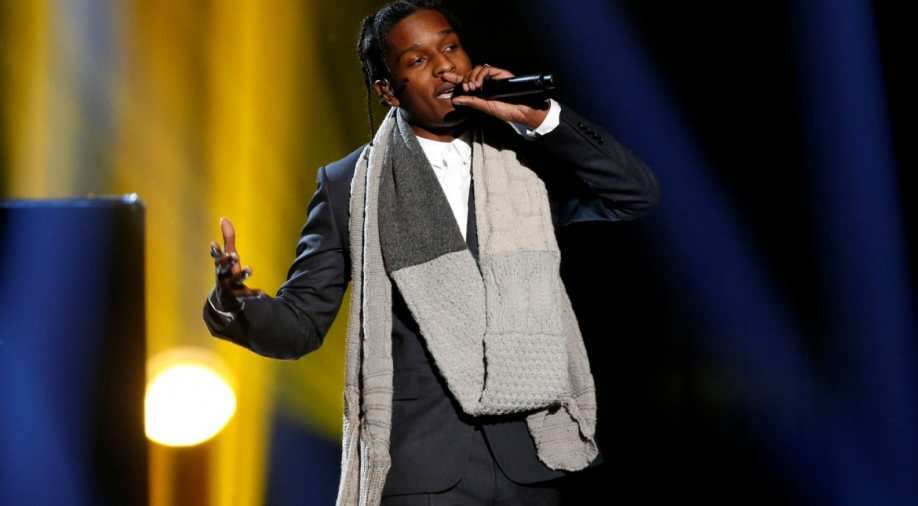 The case has drawn huge media attention, particularly since US President Donald Trump began advocating on behalf of the rapper, asking Swedish Prime Minister Stefan Lofven to help free him.

The trial of US rapper A$AP Rocky on a charge of assault will go into what could be its final day on Friday with the 30-year-old and two of his entourage facing up to two years in prison if they are found guilty.

The case has drawn huge media attention, particularly since US President Donald Trump began advocating on behalf of Mayers, asking Swedish Prime Minister Stefan Lofven to help free him. Sweden's judiciary is independent of the political system and Lofven has said he will not influence the rapper's case.

The prosecution says that following an argument, Mayers threw a 19-year-old man to the ground, after which he and two of his entourage, kicked and punched him.

The alleged victim, Mustafa Jafari, said during testimony he was also hit on the head with a bottle after he and a friend followed Mayers's group to get back a pair of headphones.

Mayers and his companions pleaded not guilty at the start of the trial on Tuesday.

In testimony on Thursday, Mayers said he had tried to avoid the fight.

"We pleaded, we begged them. We said 'We don't want to fight y'all. Please stop following us'," Mayers told the court.

He said he had acted after the alleged victim and his friend attacked the rapper's bodyguard.

Unless the trial is extended, Friday will see further witnesses cross-examined before lawyers and the prosecutor sum up their arguments. The judge will then decide whether Rocky and his companions should remain in custody.

A verdict is likely to come at a later date.

A legal expert at the Prosecution Authority said that if the judge decides not to detain Mayers further, he will be free to leave the country.

Releasing him from custody could indicate that Mayers will be found not guilty or that a guilty verdict would lead only to a suspended sentence or a prison sentence shorter than the time the rapper has already been in a cell.

Mayers, best known for his song 'Praise the Lord', was in Stockholm for a concert. He has cancelled several shows across Europe due to his detention.