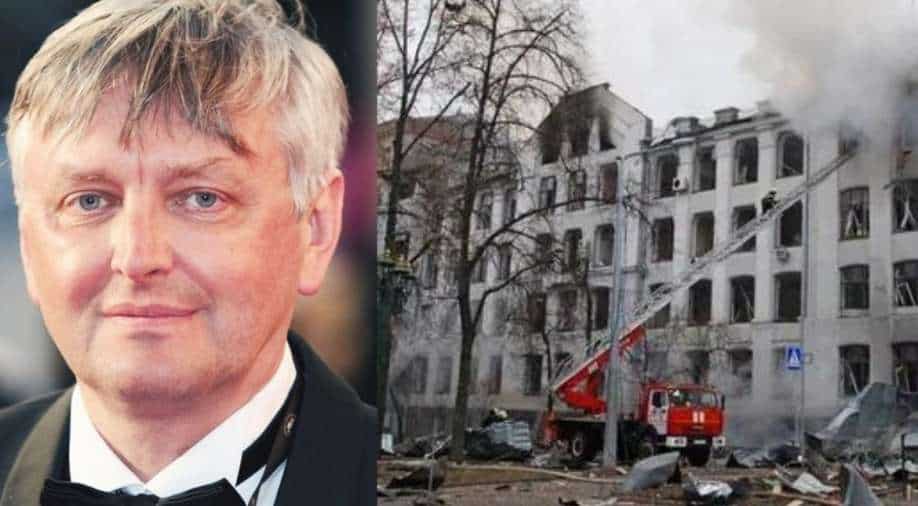 Loznitsa has presented eight times at Cannes, and his film 'In the Fog,' competed for the festival's top prize, the Palme d`Or, in 2012.

Ukrainian filmmaker Sergei Loznitsa plans to make a documentary about the war in his country, he said on Monday at the Cannes Film Festival, where he showed his film 'The Natural History of Destruction.'

"I haven’t yet been back in Ukraine since the war started but of course I intend to go there, and I intend to make a film, about those atrocities that are taking place at the moment," the director, who lives in Lithuania, told Reuters in an interview.

Russia is heading into the fourth month of its invasion of Ukraine, which it calls a "special operation." The fighting has killed thousands, uprooted millions and reduced Ukrainian cities to rubble.

Loznitsa has presented eight times at Cannes, and his film 'In the Fog,' competed for the festival's top prize, the Palme d`Or, in 2012.

'The Natural History of Destruction,' which is based on a book of the same name by W.G. Sebald, uses archival footage to examine the Allied bombing of Germany in World War Two.

Moral questions around the targeting and demoralizing of civilian populations in that campaign have not been resolved and are relevant in Ukraine today, Loznitsa said.

"Lessons that had to be learned after the Second World War have never actually been learned," he said.
On a topic that has created buzz at Cannes, Loznitsa defended his opposition to boycotting Russian filmmakers.

"Culture in general, by definition, opposes war — it is something that is absolutely against any war," he said, echoing exiled Russian director Kirill Serebrennikov who last week also spoke against boycotting Russian culture.

Serebrennikov has criticised the invasion of Ukraine and his film 'Tchaikovsky`s Wife' is the only Russian entry in the festival.

The Cannes festival banned official Russian delegations. But Ukrainian director Dmytro Sukholytkyy-Sobchuk panned its move to include a Russian director.