Two Pussy Riot members kicked off plane in Spain; they were drunk 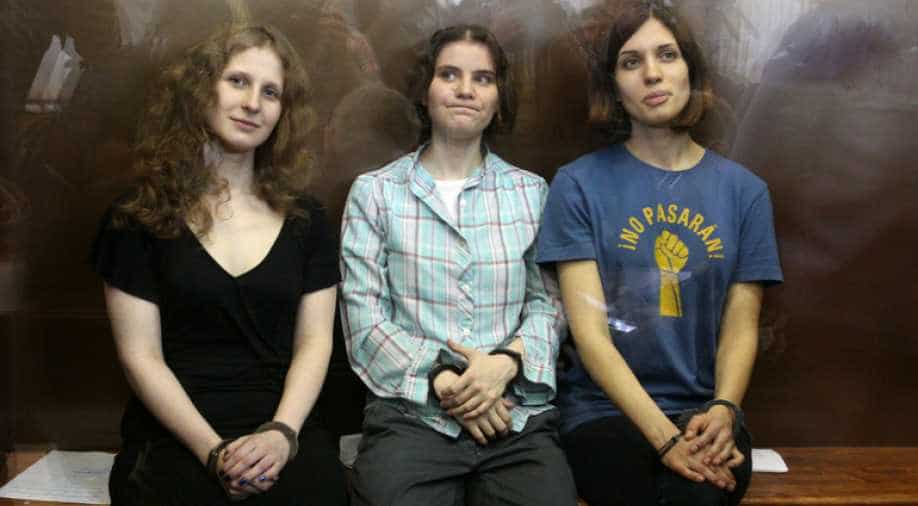 Maria Alekhina and Kyril Masheka were on board a flight bound for Milan on Tuesday afternoon but were so drunk that the pilot called the police.

Two members of Russian punk protest group Pussy Riot were kicked off a plane at Barcelona airport because they were drunk, a police spokesman said on Wednesday.

Maria Alekhina and Kyril Masheka were on board a flight bound for Milan on Tuesday afternoon but were so drunk that the pilot called the police.

"The two were in an advanced state of drunkenness and the pilot decided to call police," a spokesman for the Civil Guard police said.

"Officers asked them to leave the plane, which they did without causing any problems," he added.

The group, famed for their protests against Russian President Vladimir Putin, had been touring Spain and were due to perform in Milan on Wednesday night.

The anarchist collective -- often decked out in neon balaclavas and tights -- has made its name with politically-charged performances, lambasting everything from the Russian church to the persecution of the country's gay community.

In August 2012, Alekhina and two other Pussy Riot members were sentenced to two years in a prison colony for "hooliganism and religious hatred" for performing a song protesting against Putin in a central Moscow church.