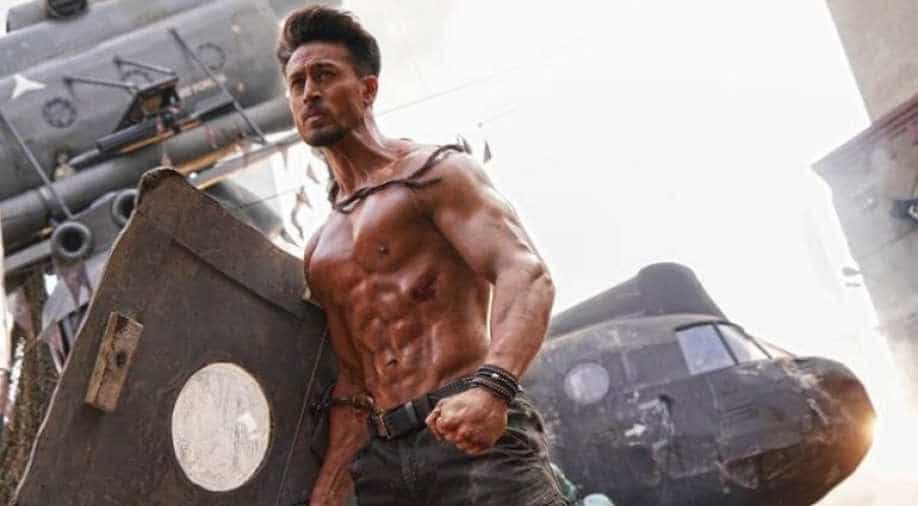 Tiger Shroff in a still from 'Baaghi 3' Photograph:( Twitter )

Helmed by Ahmed Khan and produced by Fox Star Studios India, the flick was released in theatres on March 6.

'Baaghi 3'- the third instalment of Tiger Shroff`s action franchise 'Baaghi'', received an overwhelming response from the moviegoers despite the coronavirus scare as it raked in Rs 17.50 crore on its first day. Read the movie review here.

The third instalment trails behind by a rough margin of Rs 7.5 crores as compared to its second instalment which minted Rs 25.10 crore on its first day.

The third instalment of the film features Shraddha Kapoor opposite Tiger Shroff and Riteish Deshmukh in the role of Shroff's brother.

The action flick that revolves around the bond of the duo of the brothers was largely shot in Serbia in extreme temperatures. It also features Ankita Lokhande and Jackie Shroff in pivotal roles.

Helmed by Ahmed Khan and produced by Fox Star Studios India, the flick was released in theatres on March 6.