This is when Naomi Scott, Kristen Stewart starrer 'Charlie's Angel' will release in India 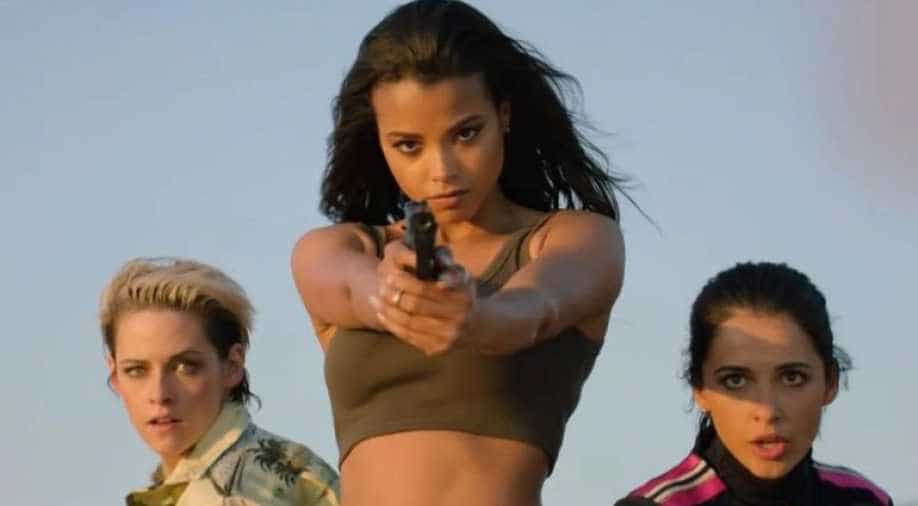 A still from 'Charlie's Angels'. (Youtube grab image) Photograph:( Others )

The reboot of the successful film will finally be out on November 15 as it will bring together Naomi Scott, Kristen Stewart and Ella Balinska.

The upcoming ‘Charlie’s Angels’ has a release date and we are so happy with the news.

The reboot of the successful film will finally be out on November 15 as it will bring together Naomi Scott, Kristen Stewart and Ella Balinska. Watch the trailer here.

The news was released in the form of a new poster featuring the three actors in stealth uniforms as the tagline announces them to be: "unseen, undivided and unstoppable."

The film was recently in the news as the makers released a new single titled 'Don't Call Me Angel', featuring singers Ariana Grande, Miley Cyrus, and Lana Del Rey. The three dance and sing in the song raising the temperatures in a never-seen-before look.

The film is directed by Elizabeth Banks and it revolves around a new breed of Angels, recruited to protect the world under the guidance of the mysterious Charlie.