This is Priyanka Chopra's 'Zoom Meeting Lewk' amid quarantine 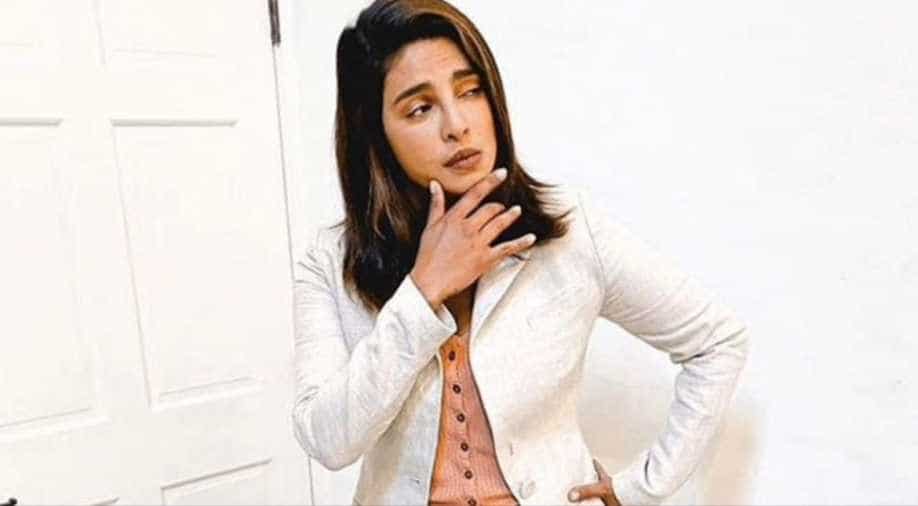 Priyanka is currently in Los Angeles with husband Nick Jonas.

Priyanka Chopra keeps herself busy with husbands, two dogs and lots of Instagram. In a new post she shared on the photo-sharing app, Priyanka shared with her fans her “Zoom meeting lewk”.

She can be seen sporting a white blazer over a peach top and a pair of white pyjamas. For accessories, Priyanka was wearing flip flops.

Soon after the picture was shared, her friends started to comment on the picture with Mindy Kaling writing, "I'm dead, Pri."

Mindy and Priyanka are working together on a film.

Meanwhile, Priyanka is in quarantine with husband Nick Jonas. She recently shared a "Expectation vs reality" post, which will make you roll on the floor laughing.

On the work front, Priyanka Chopra will next be seen in Netflix film ‘The White Tiger’. She also has Netflix's superhero film ‘We Can Be Heroes’ and a film with actress-comedian Mindy Kaling in the pipeline. Priyanka has also been reportedly roped in as part of the cast of ‘Matrix 4’. Priyanka will also host a sangeet-themed show with Nick Jonas for Amazon.