'The Royal Tenenbaums' at 20: When Wes Anderson imagined New York 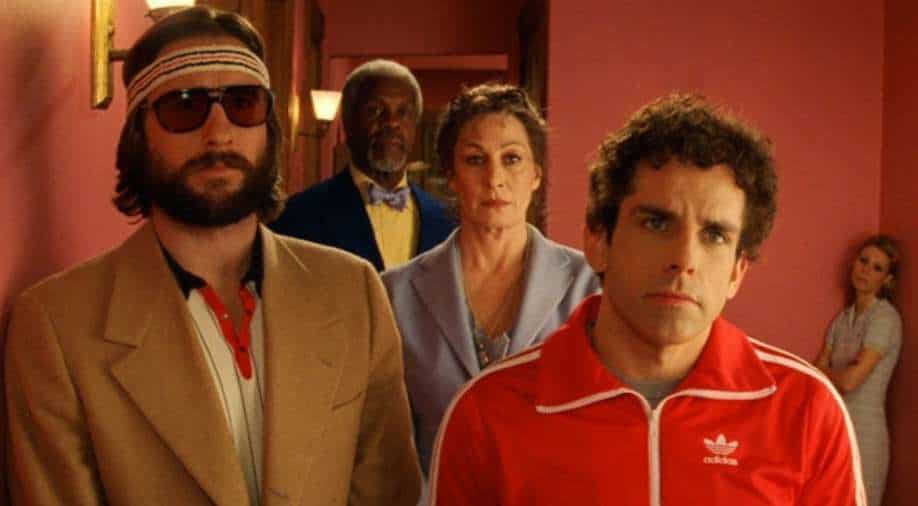 A still from 'The Royal Tenenbaums' Photograph:( Others )

It’s Wes Anderson’s only film to date shot entirely in and around New York City, his sole entry in the canon of Gotham cinema, which was so formative to his youth in the Southwest.

Wes Anderson’s sprawling comedy-drama “The Royal Tenenbaums,” released 20 years ago this month, tells the story of a family of famed child geniuses, the disappointments and neuroses that define their lives as adults and the estranged father whose (feigned) illness brings them back together, under one roof in Upper Manhattan. It’s Anderson’s only film to date shot entirely in and around New York City, his sole entry in the canon of Gotham cinema, which was so formative to his youth in the Southwest.

“I wanted to live in New York when I was young,” Anderson, a Houston native, confessed to The New York Daily News in 2012. “So many books and plays and movies that I love were set in New York. It really gave me an idea of the city before I had even moved here.”

But that wording — “an idea of the city” — is telling. Anderson wasn’t seeking the authenticity and verisimilitude of a native New Yorker (a Spike Lee or Martin Scorsese, for example); in fact, although “The Royal Tenenbaums” was shot on location, its settings are unrecognizable, and the places it name-checks leave Gothamites scratching their heads. The bulk of the action takes place in the shambling Tenenbaum home on “Archer Avenue,” although daughter Margot has “a private studio in Mockingbird Heights” and patriarch Royal has spent the past several decades at the “Lindbergh Palace Hotel.” A secondary character teaches at “Brooks College”; others travel via the “Green Line Bus” or the “22nd Avenue Express” train; mention is made of the “City Public Archives,” “Maddox Hill Cemetery,” “Little Tokyo,” “Kobe General Hospital,” “the Valenzuela Bridge” and, in a true feat of city-stretching ingenuity, “the 375th St. Y.”

The result is a New York that blurs fact and fiction, a fantasy vision of the city, less reflective of the realities of urban life than the fanciful notions of them ingrained in Anderson’s sensibility. Many an observer has noted the resemblances between the Tenenbaum brood and the Glass family of J.D. Salinger’s short fiction — much of which initially appeared in The New Yorker, a publication whose wry, busy, detailed covers seem no small influence on Anderson’s idiosyncratic visual style. (His most recent film, “The French Dispatch,” takes the influence even further, unspooling like an issue of a New Yorker-style magazine.)
Anderson was far from a tourist when he made “The Royal Tenenbaums”: After a bumpy migration from Texas to Los Angeles, he moved to Manhattan in 1999 and found it a better fit. (He currently lives in Paris.) Yet he maintained that apotheosized idea of the city, born from those formative years of consuming “Talk of the Town” items and witticisms from Algonquin alumni.

“It’s an alternate universe,” historian Mark Asch writes in his book “New York Movies,” explaining that it’s “familiar yet out of reach, like all the tattered books written by the Tenenbaums and dusty magazines featuring them on the cover.”

The picture’s vague sense of geography extends to its historical timeliness. There are no contemporary references of note, and the costumes and cars are not of any specific era. The hotel where Royal first lives and then works feels transplanted from the 1940s (complete with multiple elevator operators), and the neighborhoods seem closer to the city of the ’70s than the 2000s — a bit trashy, decorated by graffiti, prowled by rusted-out gypsy cabs and thoroughbred mice.

“Wes wanted it to be Nowheresville, New York, a kind of New York but not New York,” production designer David Wasco explained to Newsday. He added that while the movie comes off as a valentine to New York, “that was not intentional. We went to the trouble to redesign the license plates and the street signs, which are variations on the old yellow street signs with the camel bump on them. He’s really specific about wanting those things.”

The Tenenbaum house on Archer Avenue seems a bit otherworldly as well. Anderson spent months searching for the right location.

“It needed to be a New York house that wasn’t stereotypical, and where you’d have a real strong sense of family history,” he told The New York Observer.

Obviously, finding the kind of big, shambling, multilevel home he was looking for on the island of Manhattan was a big ask, but they finally found it in Hamilton Heights, specifically at 144th Street and Convent Avenue. Anderson was so in love with the house that he rewrote his script to better accommodate it, although contacting its owner for permission to shoot was, at first, difficult. The feat was ultimately accomplished by leaving a note on the door; the owners had been elusive because they had just purchased the vacant home and had not yet begun their planned, and extensive, renovations.

By the time that Anderson and company rented it for six months of prep and shooting — performing many of the structural repairs themselves — the house had paid for itself.

Yet for all of Anderson’s effort to place his film in a New York free of modern markers, one pang of recognition was unintended but unavoidable. Son Chas (Ben Stiller) is in the midst of a nervous breakdown following the death of his wife in a plane crash; he’s in a perpetual state of fear and paranoia, particularly about the safety of his sons. “It’s been a rough year, Dad,” he tells his father near the end of the film, following a particularly, terrifyingly close call.