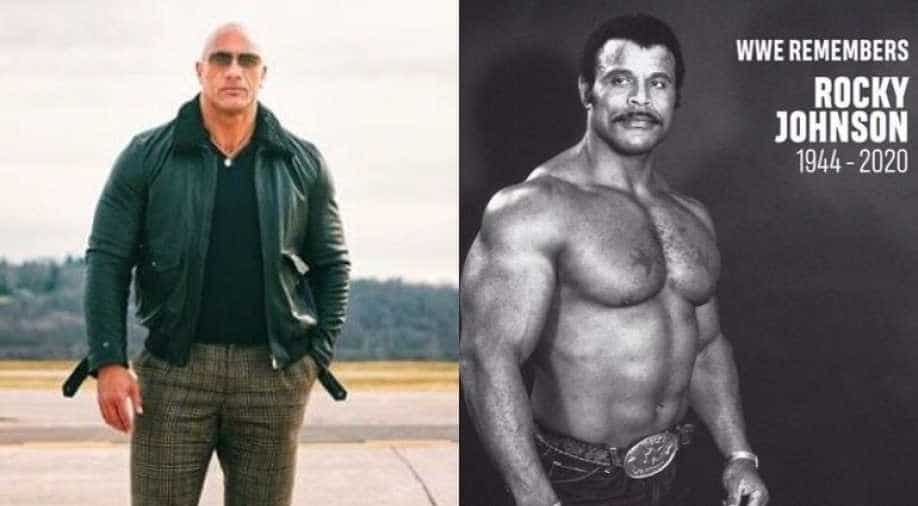 Rocky Johnson's career started way back in 1964 when he started contesting in the territorial wrestling matches held by National Wrestling Alliance (NWA).

The former WWF (now called WWE) tag team champion and WWF Hall of Famer, passed away at the age of 75. WWE took to Twitter after confirming this news.

WWE is saddened to learn that WWE Hall of Famer Rocky Johnson has passed away. https://t.co/9uxrICJKxb

Johnson's career started way back in 1964 when he started contesting in the territorial wrestling matches held by National Wrestling Alliance (NWA).

The wrestler left a mark in WWF  on November 15, 1983, when he and his tag team partner Tony Atlas defeated The Wild Samoans to win the WWF tag team championship. They became the first African-American tag team to hold this title.

WWE looks back on the Hall of Fame career of the late, great Rocky Johnson. https://t.co/Gp9U2YG93c

Johnson retired in the year 1991 but continued to work for wresting in the coming years.

Dwayne 'The Rock' Johnson was born in 1972, he was trained by Pat Patterson inside the squared circles.

Dwayne went on to shine in the WWE universe, he was often referred to as "The People's Champ."

Dwayne Johnson then shifted his focus to Hollywood. He first had a successful cameo in  'The Mummy Returns' (2001) and he played his first lead role in  'The Scorpion King' (2002).

The Rock is now a Hollywood superstar and is the highest-paid celebrity in the world.

He was the man to induct his father Rocky Johnson into the Hall of fame in the year 2008.

Many wrestling biggies took to Twitter to express their sadness to this news.

I am so sorry to hear of the passing of the great Rocky Johnson. Always a gentleman, I always enjoyed talking with him. My deepest condolences to his family, friends, and the fans who loved him. A very sad day for wrestling.#RIPRockyJohnson pic.twitter.com/4agKbOzAry

The National Wrestling Alliance is saddened to hear of the passing of Rocky Johnson.

His legacy stretches across every promotion. He was a champion everywhere he went including holding the NWA Georgia Championship.

Our thoughts and prayers are with his entire family. pic.twitter.com/KTqHZns6Hb